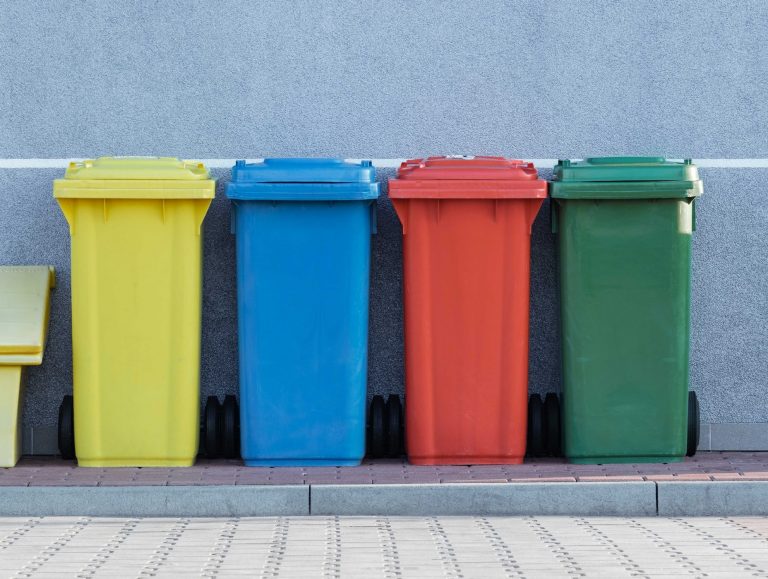 Ireland’s system of collection of waste is a disaster.

It is costly, inefficient, damaging for the environment and socially unjust. Instead of reducing and generating alternatives that deal ethically and environmentally with domestic waste, bin charges were introduced. Waste collection services were privatised. Companies pushed up costs to residents while pocketing huge profits. Illegal dumping has become rampant, and collection workers face increasingly worse conditions.

This is why we call it a disaster.

People Before Profit support the return of waste management services to the control of local authorities. Here is why.

Cost: The waste management companies provide little clear information on their pricing and profits, sheltering behind a regime of commercial secrecy. However, the Competition and Consumer Protection Commission estimated that the annual average charge in 2018 was €280.

Uncollected waste: As predicted by anti-bin charges campaigners, privatisation and the high costs of waste collection has led to a surge in illegal waste disposal and fly tipping. In the first quarter of 2019, for example, Dublin City Council received 2,849 reports of illegal dumping. The cost of removing this waste falls on the local council and in the first quarter of 2019 Dublin City Council had to spend €297,464 on collecting this illegal waste.

Inequality: Whether you are a millionaire or a pauper, you pay the same price per kilo of waste. This makes waste a grossly unequal charge. In the past, there was an attempt to rectify these inequalities with a waiver system for the poorest of households. The private companies, however, have systematically removed this waiver.

Environment: Private collection of waste means that there is little strategic direction of policy. As a result, Ireland is not creating a ‘circular economy’ based on recycling, re-use and longer life products. The primary target of government policy is the individual consumer who is made directly responsible for waste disposal.

But consumers are waste receivers – not waste creators. When you go to a supermarket, you come away with large amounts of plastic and polystyrene. Large supermarket chains source cheap food from distant parts of the world and seek to prolong its shelf life for profit. A joint Friends of the Earth and Zero Waste Europe report estimated that 37 percent of all food in Europe is wrapped in plastic.

Yet while there are heavy penalties on consumers who dispose of waste illegally, there are virtually no controls on the companies that produce waste. The neo-liberal mindset of the Irish political elite thinks in terms of charges on individuals rather than regulating corporations. Reliance on private companies to then collect the waste the big corporations create, makes the problem even worse.

In 2019, Southern Ireland generated 3.1 million tons of municipal waste, a significant increase over the previous year. It only recycled 37% of this.

In 2021 Northern Ireland generated 284,771 tons of municipal waste between April and May which was an increase of 20% over the previous year. It only recycled 52% of this.

Both jurisdictions were well below the performance of many other countries that can hit recycling targets of 60%. Even the Environmental Protection Agency, which is notoriously soft on business interests stated that ‘Ireland is failing to meet the recovery and recycling targets for this waste stream’.

The private waste collection companies have no interest in broader concerns but only see waste as a source for profit. Having different companies collect from the same street, using twice the amount of diesel, is simply absurd from an environmental point of view.

Tax dodgers: Despite winning a license and profiting from a public service, the waste management companies do not pay taxes in Ireland. Instead, they set up offshore structures to hide their profits in the Isle of Man, Jersey and the British Virgin Islands. They register as unlimited companies so that they do not have to produce accounts or reveal who all their beneficial owners are:

Workers’ rights: The waste management companies are anti-union firms that trample on workers’ rights. In 2014, workers at Greyhound were faced with a 35% reduction in their earnings and when they resisted, they were locked out. Workers at Oxigen had to strike to win the right to be represented by a union. Many of the waste companies employ migrant workers in their recycling facilities for low wages and poor conditions.

The Privatisation Of Waste Services

Moves to privatise Ireland’s bin collection service began in 1983 when some local authorities started charging for waste collection. Under EU rules, it is inevitable that once a charge is applied to a public service that the same service falls open to competition rules that it facilitates competition and privatisation.

In 1998, the Government revealed the real agenda behind the bin charges when it issued a document entitled ‘Waste Management-Changing Our Ways’. This suggested that there was a need for greater private sector involvement.

Bin charges began to spread across the country and a campaign against them launched in earnest. As bin charges became more widespread, resistance and opposition grew. A major boycott was launched, and tens of thousands refused to pay.

While more and more people refused to pay the charges, Labour Party councillors argued in their favour, suggesting that if councils could not raise funds, the service would be taken over by private companies as the Council would no longer be able to afford to deliver the service.

However, the exact opposite was the case. Once a charge was put on waste collection, it was inevitable that the next step was privatisation.

The state’s response to the bin charges campaign was to imprison activists who were involved. In 2003,14 campaigners were sent to jail. They included two TDs, Joe Higgins and Clare Daly, as well as future People Before Profit TD Bríd Smith.

By using legal intimidation, the state eventually broke the resistance and pushed through bin charges and privatisation.

Ireland has an extreme form of privatisation that is unique in Europe. Its system is known as ‘side-by-side’ competition because once a private firm has a licence it can enter a local area to compete with another.

An OECD report in 2013 found that only three countries had such a system – Ireland, Poland and Finland. However, Poland has since changed its system and Finland has a mixed system.

Studies have clearly shown that ‘side by side’ privatisation is the most expensive system because firms effectively duplicate each other’s efforts. In 2010, for example the Finnish Institute for Economic Research showed that a system of tendering rather than side by side competition would lead to a 40% reduction in charges.

In a major study, the Competition and Consumer Protection Commission has claimed that waste collection has become a natural monopoly. In other words, competition is leading to the weeding out of smaller companies. Today, 20 providers collect waste from 90% of households that pay charges. Increasingly, these carve out areas between each other, with significant detrimental effects.

According to the Competition and Consumer Protection Commission:

The market is highly concentrated in places, giving operators considerable market power…. The household waste collections sector exhibits characteristics of a natural monopoly, including… high fixed cost and a large cost advantage for a single operator.

Back To Public Ownership: The International Pattern

In 2017, Oslo brought its waste collection service back into public ownership after 20 years of competitive tendering.

Veireno, the private company that collected waste, had become a symbol of everything that was wrong. The local city council received tens of thousands of complaints about uncollected waste, and the Norwegian Labour Inspector authority found that some employees had worked up to 90 hours a week.

Re-municipalisation has become a growing trend across Europe.

In Germany, there was a trend to privatise waste collection from the mind 1980s onwards, but this trend was reversed at the beginning of the 21st century. The collection of waste through a municipally-owned management company is now common in Germany and Italy.

The Case For Public Ownership Of Waste Collection

In July 2019, People Before Profit Councillor Tina MacVeigh successfully moved a resolution to take waste collection back into public ownership. Her motion read:

This Council agrees that waste management in Dublin City should be re-municipalised and that a working group comprising group representatives and management meet in September and October to consider how this might be advanced, said working group to report to the November Dublin City Council Meeting.

If we lived in a real democracy, the support by a majority of elected city councillors should be enough to carry through a programme of public ownership. But there is little democracy in Ireland’s local council and the unelected city officials make the decisions on waste.

As they are true believers in neo-liberal policies, they will try not to carry out a policy of public ownership.

Dublin City Council officials have already produced a five-page document to outline their case for retaining the status quo of privatisation. Two of their reasons are noteworthy.

People Before Profit are for a wider change of system that will make both these objections irrelevant. Here is what we propose: