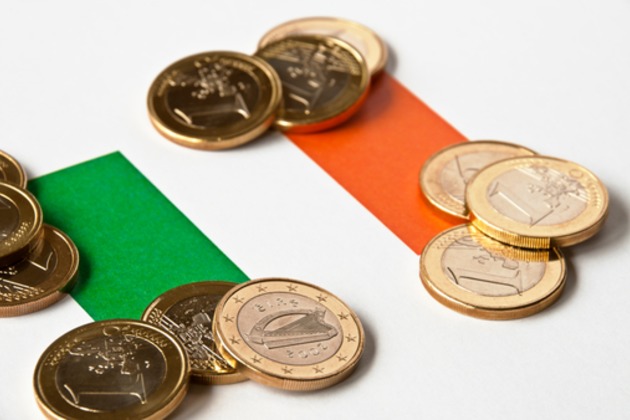 move towards a maximum wage

Irish capitalism has failed most Irish people. The economy is characterised by levels of inequality and insecurity that are unacceptable in a democratic society. According to the International Monetary Fund, Ireland is now the fourth richest country in the world in terms of GDP per capita. Despite this, 1.2 million people experience ongoing deprivation, making up 25% of the population. There are also half a million people living in consistent poverty. The economy should work for all but on these figures it is failing badly.

Irish capitalism is also deeply unstable. The Celtic Tiger crash caused untold damage to our economic and social infrastructure. This should have been the wake-up call needed to move away from neoliberal policy making. Instead, successive governments forced the costs of the crisis onto working people. This has resulted in deep inequality as well as the worst housing and homelessness crisis in the history of the state.

As if this was not bad enough, Ireland now rests on a tax-dodging model that has come under pressure. The decision of the British electorate to leave the EU, coupled with the decision of the EU to pursue a common consolidated corporate tax base, has left the Irish tax-dodging model in real peril. The Irish elite has been forced to sign up to common corporation tax rules, including a minimum tax rate of 15%. Yet when People Before Profit called for increases in the corporation profit rate they claimed it would lead to a flight of capital.  We are only at the start of the process and more taxes can be extracted from the big corporations.

Below is a summary of the problems associated with Tax Haven Ireland.

We can no longer rely overwhelmingly on the market to meet our economic needs. Brexit is merely the latest in a long line of threats and crises that have afflicted the Irish economy. Taking control means reducing our dependence on Foreign Direct Investment by creating employment directly through the state. To give some sense of what is possible, research by the Nevin Institute is instructive. According to their economic models, state-led investment of €1 billion would create in the region of 10,000 new jobs. This is a conservative figure that assumes a cost of €100,000 per new job created. The same study estimates that the positive spillover effects would create a further 6,750 jobs. When the tax increases and welfare reductions are factored in, the cost of these jobs falls to €575 million.

The experience of Covid showed how a fund of more than €11 billion could be created almost immediately. With the political will, the state could immediately begin to address the legacy of decades of underinvestment in our physical, social and industrial infrastructure. This type of state investment will involve greater involvement and control by its workforce. Through such a model, we can unleash the creative energies of employees and resist any tendencies towards bureaucratisation.

We list some of the key areas for state investment and employment below.

Global economic instability and the impact of Brexit mean that now is the time to move to a radically new employment model. Using a conservative estimate, our capital proposals would create in the region of 115,000 jobs. This would not only bolster the economy in a time of increased uncertainty but would also lead to positive spillover effects and increased tax revenue. In addition, investment in green energy, housing and services would simultaneously rebuild our social infrastructure after years of austerity.

Irish capitalism has led to unacceptable levels of income and wealth inequalities. If the income created in Ireland was shared out equally, it would provide €55,000 for every person per annum. This is clearly not happening, however. Earlier we noted the fact that large sections of the population are living in poverty. The other side of this coin is vast accumulations of wealth. The figures below give some sense of the problem.

People Before Profit is committed to making sure that everyone has enough to live with dignity and respect. To do this, we would implement a raft of measures that would tackle the wealth and incomes of the top 5-7% of the population. This would have a number of important benefits. In the first instance, it would make Irish society a fairer and more just place to live. It is not acceptable that workers – who are the real wealth creators – do not get the bulk of the rewards from their work. Instead, it flows to the top of society, creating powerful lobby groups that work hard to protect the status quo.

By redistributing wealth we would also be redistributing political and economic power. This is essential for a functioning democracy. We would also eradicate poverty, deprivation and economic insecurity. Meanwhile, those at the top would still have extremely comfortable lives. This is surely a political choice worth making. Below we summarise the main measures we would take to even out the resources created in Ireland.

This would likely bring in €2.25 billion annually.

The last economic crisis should have been a watershed moment. In 2008 Irish capitalism collapsed, creating crises in finance, construction and the wider economy. Working people had no hand nor part in creating this crisis, but they were made to shoulder the costs. From 2008 until 2015 there were nine austerity budgets. This took more than thirty billion out of welfare and services and a cumulative total of more than twice this. People Before Profit fought hard against this injustice and we would use current resources to repair the damage. This means reversing the austerity taxes, repairing services and moving our public services onto a more secure footing. Our key policies in this area include

People Before Profit rejects the Tax Haven model. The results for ordinary people have been abysmal, with insecurity, inequality and deprivation all too common. People Before Profit have a vision for a socialist and environmentally friendly economy. Our economic policy document is designed to move in this direction using resources that are created by working people but currently siphoned off by the Irish rich. Alongside a state-led investment economy, we would end the injustices that have been perpetuated on people during the crisis and put public services on a much firmer footing.

All of this is possible but it will not happen without a major increase in the confidence and combativity of working people. If we want a more equal so society we will have to build it. This means counterposing people power and working-class solidarity to the elitist logic of the establishment.

[1] All of the estimates in this economic document have come from official sources. The majority were sourced through Parliamentary Questions submitted to the Department of Finance. Beyond this, we used the Central Statics Office, Central Bank Quarterly Reports and the various other government department for the relevant information.