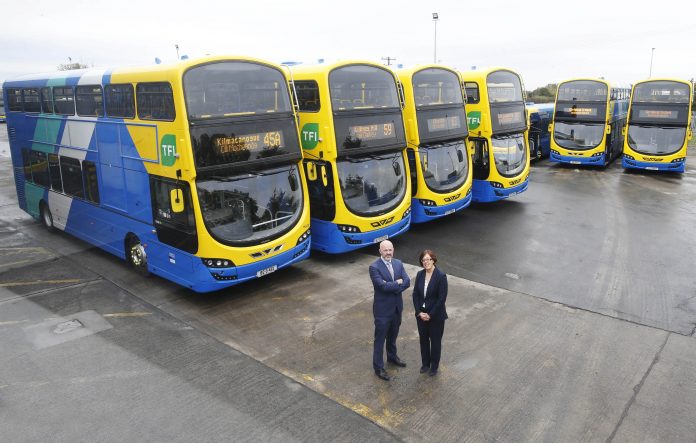 Reply to People Before Profit TD from National Transport Authority shows Go Ahead, who operate a number of bus routes across Dún Laoghaire, is in breach of contractual obligations and will be fined

In a statement this morning Richard Boyd Barrett TD, expressed major concern over the operation of Go Ahead Bus services in Dún Laoghaire.  Deputy Boyd Barrett wrote to the National Transport Authority last month to complain about cancellations and delays in the bus services run by Go Ahead across his constituency.  The NTA said that Go Ahead is liable for fines after failing to meet its contractual obligations in June.

The Dún Laoghaire People Before Profit TD had received many complaints over the last months about the routes that are run by Go Ahead where buses just don’t turn up and/or are extremely late.

Last year the National Transport Authority handed over 10% of Dublin Bus routes, most of which are around the Dún Laoghaire area including the 63,59, 75, 45a, 17, 111 & 114 to Go Ahead.  The contract between the NTA and Go Ahead was for the same service as had been previously provided.

After queries from Deputy Boyd Barrett, the NTA have admitted that Go Ahead are not fulfilling this agreed contract and will now be subject to fines for its performance in June and they will be monitored over the coming months.

Deputy Boyd Barrett said: “Over the last months I have been contacted by many constituents complaining about all the Go Ahead routes.  Regularly services are cancelled or are late and people are left waiting.  Some of these services, like the 59, are infrequent as it is, one journey being cancelled means people can be left waiting over an hour for the bus to turn up.

“People Before Profit were always against, what is essentially the privatisation of these routes and we warned at the time that the service would be undermined and it would be a race to the bottom in terms of pay and conditions for the drivers. This is exactly what is happening with Go Ahead, by their own admittance having “higher than expected driver resignations.”

Go Ahead won the contract from the NTA because they had the most competitive pricing for the contract.  The only way they could have been this competitive and aim to provide the same service was to save the money on pay for drivers.  But unless you look after your staff it becomes impossible to deliver the service.