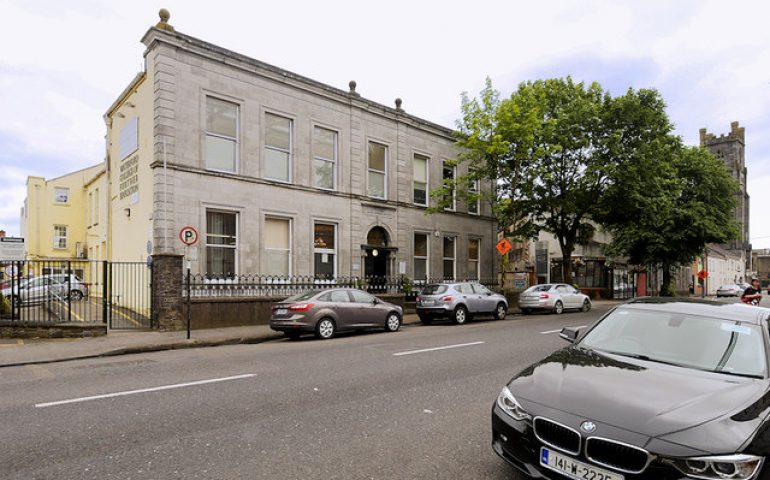 The Waterford College of Further Education, which has stood in Parnell Street for 114 years, is being neglected, asset-stripped and wilfully mismanaged by the Waterford and Wexford ETB, according to Úna Dunphy of People Before Profit.

The claim by the WWETB that it did not need the return of substantial monies which it overpaid in rents to the Waterford Area Partnership, and its funding of training programmes by commercial companies in competition with its own public sector schools and Colleges, along with the chaotic situation in WCFE, show that the success of the Waterford College is not a priority for the Wexford-based ETB.

The WCFE was established in 1906, and developed into the biggest Further Education College in the South East of Ireland, and the largest institution owned and managed by the WWETB.  The College was thriving, and developed an enviable reputation as an educational centre of excellence and a valuable bridge to Higher Education and high quality employment.

There was grave concern in Waterford some years ago when the new ETB published a Brochure advertising its services and excluded the WCFE altogether.  Then in 2019, a new management was installed, and within months the students, for the first time ever in its long history, had staged a strike and walkout against the management of the College.

The Board of Management of the College, chaired by Councillor Eddie Mulligan, has been told that its funding is being radically reduced.  Three members of the teaching staff have resigned from Assistant Principal posts, and the number of early retirements is scheduled to approach a dozen within the year.  The staff have made a formal complaint to the Board of Management, and complaints by students of lack of equipment have already emerged in the current term.  There are concerns regarding the improper use of CCTV for surveillance of staff.  An arbitrary and unilateral decision to remove a core subject from all courses and replace it with another, in the middle of the term, has not only come without warning to teachers and students, but has the potential to seriously damage the value of the courses given to the people of the South East by WCFE

It could and should have been different.  In 2016 The College invested a significant amount of money and effort, using professional expertise, in developing a Positive Effective Work Environment programme to improve the College experience for students and staff.  Every subsequent review showed improvement and professional development beyond expectations.  Under the new regime, the programme has been shelved, and staff morale has collapsed.

Following serious difficulties in St Pauls Community College, including staff and parents’ complaints, and some high profile incidents, the WWETB moved the school Principal to the position of Principal of WCFE.  The General Secretary of the Teachers’ Union of Ireland has advised the teachers not to criticise the Principal.

The Councillors and other members of the WWETB from Waterford, who complain that the Board members and the senior staff are mostly from Wexford, and that Waterford is neglected, have not demanded fair treatment for the WCFE, and have not lobbied or pressed for equality for the only City in the WWETB area.

People before Profit believes that a number of issues in the WWETB give cause for serious concern.  These include the Board’s recruitment practices, its financial management, the promotion of private sector services, and the treatment of staff and students.