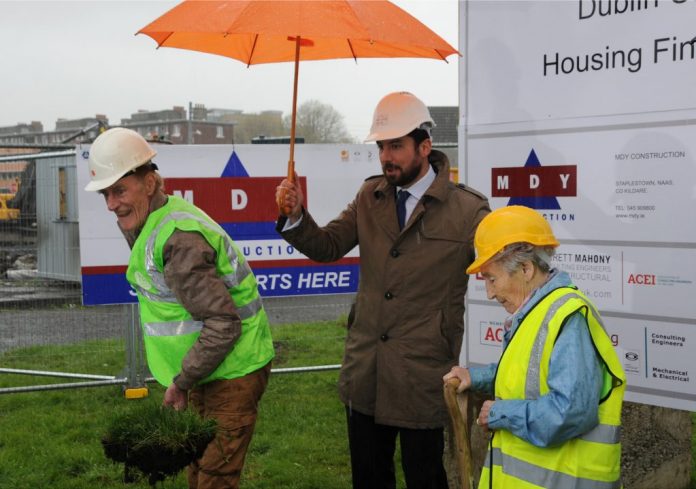 People Before Profit TD Bríd Smith has said the news that Cerberus the giant US based vulture fund is behind the financial difficulties of construction firm MDY is the “bitter fruit of this governments policy.”

The TD said Fine Gael had enticed such funds into Ireland with special tax breaks such as section 110, and “had facilitated their buy out of vast state owned assets at knock down prices from NAMA and now ironically the vulture is calling in debts of viable companies such as MDY resulting in desperately needed social; housing projects been disrupted and delayed.”

The MDY firm was involved in a number of social housing projects including those at Cherry Orchard and Rialto in the Dublin South Central Constituency as well as others in Wicklow and Kildare.

The TD said it was sickening that Cerberus, which had acquired over €14 billion of debt portfolios from NAMA alone were calling in debts that meant the collapse of projects that were providing  badly needed housing.

Cerberus and other vulture funds have stepped up their court actions against debtors recently. Last year they had appointed receivers to over 150 Irish businesses whose debts they have acquired. In other portfolios they had acquired thousands of distressed mortgages including family homes. It is estimated that such funds now control over 50,000 mortgages in Ireland.

The firm are at the centre of a number of controversial transactions such as the purchase of projects Eagle and Arrow from NAMA. It transpired this year that housing units, sold at knock down prices by NAMA to Cerberus and others some years ago have been purchased by the state from them at current market prices.

“The actions and profits generated by Cerberus are a reflection of the bankruptcy of Government policy and show us why we have such a catastrophic housing crisis. The state won’t build public housing directly, it relies completely on the market and it has courted funds like Cerberus with tax breaks and discounted portfolios that often have thousands of housing units in them, houses that could have been used by the state to provide shelter for its citizens”.

“This Government and its predecessor has led a feeding frenzy for these vultures and helped worsen the crisis. We need to stop their activities immediately, stop their purchase of any more loan portfolios and stop the eviction of any family from their homes under the vulture’s control. The state needs to take responsibility for the delayed social housing projects and not wait for lengthy court proceedings to drag on indefinitely. This is a real emergency and the state should adopt emergency laws to deal with these funds.”