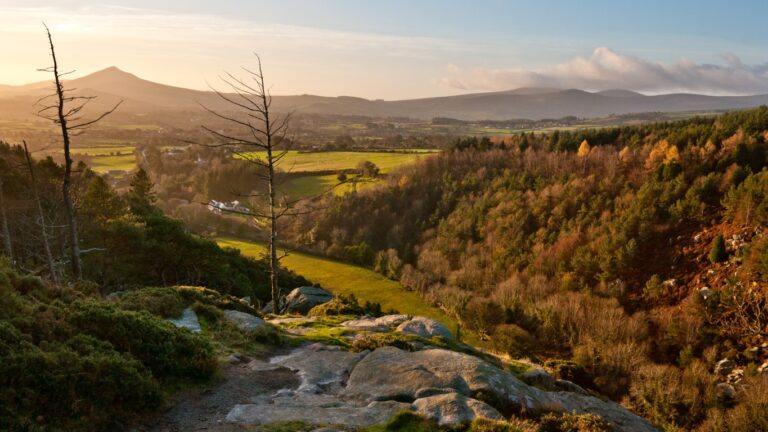 Dún Laoghaire TD discovered two weeks ago that 39 acres of public forest had been put up for sale by Coillte. He raised it with the Taoiseach last Wednesday, but the Taoiseach dismissed the issue. Deputy Boyd Barrett then wrote to Coillte and submitted questions to the Ministers for Agriculture and Heritage.

The planned sale was subsequently confirmed in a letter from Coillte on Friday and on Monday Deputy Boyd Barrett wrote letters to the Minister and again to Coillte to ask them to halt the sale of this public amenity and site of archaeological and geological importance.

Last night at the monthly meeting of Dún Laoghaire Rathdown County Council, People Before Profit councillor Melisa Halpin proposed, and got unanimous support for, a motion to call on Coillte and the Ministers to halt the sale.

Deputy Boyd Barrett said: “I got a call this morning from Coillte, informing me that they have decided against the sale of Killegar Wood. The Coillte representative informed me that the sale was at an advanced stage and that it was down to the work that we have been doing, raising it in the Dáil, the Council, writing to Coillte and submitting PQs, that made them decide to cancel the sale of this wood.

“I was heartened at the public outcry at this proposed sale when I raised it in the Dáil and subsequently on social media. Once again people power wins out.

“Coillte also admitted to me that they had decided to sell it because the lack of access to the forest made it commercially unviable.  We must now call on Coillte and the relevant Ministers to scrap this overfocus on narrow commercial concerns on profitability and take its remit as custodian of our forests more seriously.  This wood should now be developed as a community woodland with a focus on biodiversity.”

Cllr Melisa Halpin added: “We were delighted to get the full support of Dún Laoghaire Rathdown councillors to keep this forest in public ownership. This wood is just on the border of DLR and Wicklow and is much used by locals of both counties and further afield, it would have been a total outrage if this public amenity had been sold off.  Considering the role woodlands and forests can play in climate and biodiversity action and the fact that our forest cover in Ireland is hopelessly inadequate at 7%, the idea of selling a public forest just because it is not commercially viable is nonsensical.”

Deputy Boyd Barrett concluded: “In this case, because of public vigilance and campaigning, we have averted the sale of a public forest. However, we need now to radically change the Irish Forestry Model.

“We need to move from a narrow focus on profit and commercial considerations, to a model that is based on protecting, managing and regenerating our forests in the public interest and to address the climate and biodiversity emergency.”