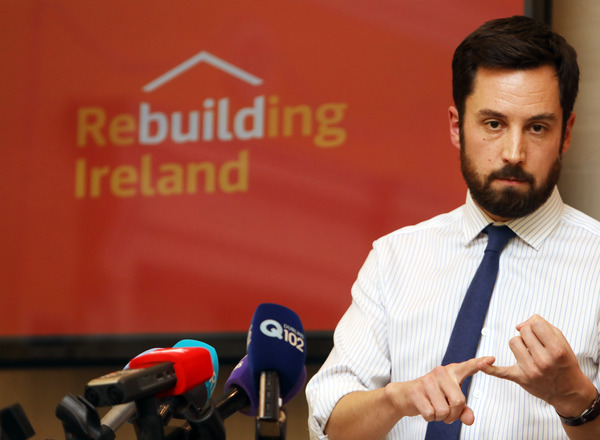 Income thresholds for social housing must immediately be raised

People Before Profit TD Richard Boyd Barrett, speaking in reaction to a report- ‘Exploring affordability in the Housing Market’, has said that unless government undertake a radical change in direction from their failed housing policy, astronomical rents will remain the norm in this country.

It was revealed in the report that households are paying up to 50% of their income on rents.

He pointed out that the government’s plan Rebuilding Ireland had failed, the rent pressure zones were not working and pointed to some of the radical and necessary measures that the government should take to help resolve the unaffordability in the Irish rental sector.

He said also the government must immediately raise income eligibility thresholds for social housing, to halt an “ongoing cull” of low paid workers from the social housing list, despite the fact that their incomes are totally inadequate to afford accommodation on the private market.

He said: “This report is not surprising in the least as it confirms what I have been seeing in my clinic for years- rents are totally unaffordable and the government is not able to solve the problem with current policy.

“It is quite clear that Rebuilding Ireland has failed spectacularly. The rent pressures zones have not worked and, indeed, could never have worked in their current format because a 4% annual increases on rents that are unaffordable are still unaffordable.

“The government need to realise now that their plans have failed and that they need to change tact and instigate radical plans to bring rents down to affordable levels.

“First of all, we need a massive investment by the state in public housing on public land. We need a freeze on rents and we need legislation that forces large landowners that have sites, like Cherrywood STZ in my area, to build on these sites.

“We also need a dramatic increase in the proportion of social and affordable housing that is provided under the Part V legislation.

Richard Boyd Barrett TD added finally: “Despite all the governments talk of ‘social mix’ in housing  they are in fact further segregating housing by refusing to raise the income thresholds for social housing- leading to an ongoing cull of working people from housing lists, despite the fact their incomes are inadequate to afford accommodation in the private markets.”