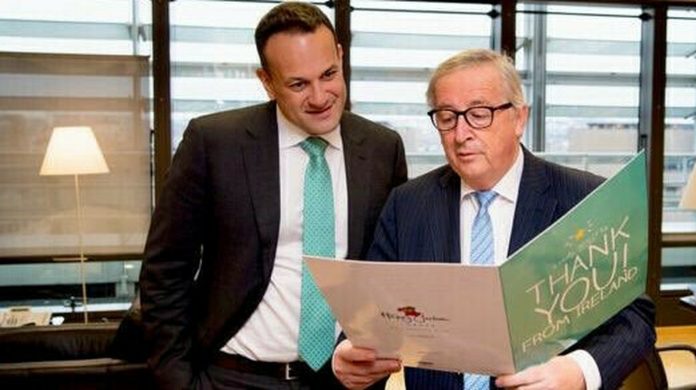 Despite all the talk of avoiding a hard border, the threat has grown rapidly in recent days. It started when the Eu President, Juncker, stated categorically that the EU would insist on putting up border posts.

Varadkar then declared that he would follow through on EU orders by stating that if Britain ‘leaves on WTO terms, then it will be necessary to have checks and controls at the ports and the airports and some near the Border as well’.

The Irish government has been warning that border posts would threaten peace on this island. But now suddenly, they are agreeing to erect border posts to protect the EU single market.

But why is this ‘protection’ more important than maintaining peace and lessening the impact of partition?

People Before Profit has repeatedly warned that if posts are erected on the Southern side of the border, they will quickly be followed by tit for tat moves on the Northern side.

A recent statement from Sammy Wilson shows exactly why this will become a reality. He is already demanding that border posts be erected on the Northern side to protect its business.

In reality, this arch-Unionist is using the issue to strengthen partition – even as opinion polls show, for the first time, a possible majority voting for a united Ireland.

We need urgent political pressure to halt this slide towards a hard border.

The Irish government should be telling the EU that its officials will not co-operate in any way with erecting border posts.

And Wilson and his Tory friend Johnson should be told that there will be mass peaceful civil disobedience to take down many of the border posts they erect.

People Before Profit Cllr Calls For Tds To Be On Average...

TD Calls On Ryanair To Drop Legal Threats Against Workers