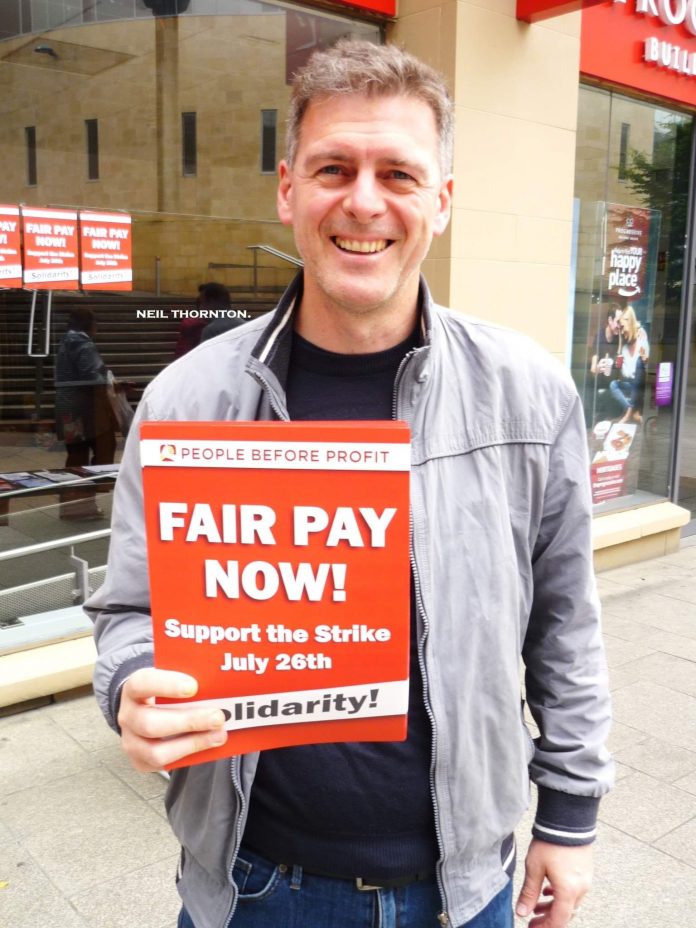 People Before Profit Cllr Shaun Harkin said,
“We’re delighted the Derry and Strabane Council backed our motion to support the civil servants strike on Friday. The Council has contacted Department of Finance Permanent Secretary Sue Gray to call on her to settle the dispute immediately by meeting the workers demands.  The arrogant dismissal of workers rights needs to end.
People Before Profit will be joining NIPSA members on the picket lines on Friday and we encourage the broadest possible support for their strike.
Going on strike is never easy but civil servants have been given no choice. The Department of Finance continues to belittle workers with miserable pay offers and attacks on their terms and conditions. Yearly pay cuts mean growing numbers of civil servants are themselves becoming dependent on foodbanks.
Workers rights – whether public or private sector – are an afterthought for many in our political establishment. By standing up for themselves the strikers are standing up for all ordinary people across the North. While some work constantly to cynically divide people here – it’s people power action like this strike that has the potential to bring working class communities together.
The strike will send the message that civil servants have had enough and are determined to end the culture of disrespect – but they know it might not be enough. People Before Profit will be backing the workers until they win justice and we encourage others facing the same issues to take similar people power action. In fact, taking action is the only way ordinary people from all backgrounds here can challenge the prevalence of poverty wages.“