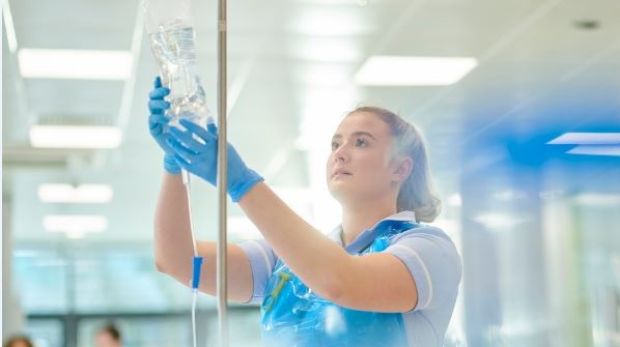 Richard Boyd Barrett TD, following Leaders’ Questions, has called out the Taoiseach for his “bizarre and desperate attempts to spin the issue of paying student nurses for the work that they are doing on the frontline in the health service.”

The Dún Laoghaire TD said he was “flabbergasted” at the Taoiseach’s suggestion that the students should lodge complaints to the HSE.

At the beginning of the pandemic, student nurses and midwives were briefly paid at the Health Care Assistant rate last spring but are now expected to work without any payment at all. The work they are doing is still the same work as last spring and is very much “real work”.

Last week, People Before Profit-Solidarity brought a motion to the Dáil, looking for proper recognition for the role these students are playing in fighting the pandemic, the government voted down this motion.

Over the last 3 weeks People Before Profit have hosted online meetings with hundreds of student nurses and midwives who helped draw up the Dáil motion rejected by the government last week. On Monday hundreds student nurses and midwives attended another public meeting hosted by Richard Boyd Barrett TD and Gino Kenny TD, where they expressed fury at the vote by the government last week and pledged to continue the fight for payment for the work they are doing on the frontlines.

Since the meeting on Monday, Richard Boyd Barrett TD has received endless e-mails from these students outlining the nature of the “real work” they do.

Richard Boyd Barrett TD said: “I was flabbergasted at Leaders’ Questions today with the bizarre and desperate attempt by the Taoiseach to spin his way out of uncomfortable truths about the systemic exploitation of student nurses and midwives and his governments shocking refusal to pay them for the work they do on frontlines.

“Since the government voted down our motion to pay the student nurses and midwives, last week, I have been overwhelmed by the determination of these students to continue the fight.  Gino Kenny TD and I have hosted a number of online public meetings on the issue and on Monday night hundreds of students turned up and committed to continuing the fight into the new year.

“The continuing mantra from the Taoiseach that the students are not doing “real work” is an outrageous insult to these young people, overwhelmingly women, who are at the frontline of the fight against Covid19 on a daily basis.

“They are often working unsupervised, and not only doing HCA jobs but also doing jobs that qualified nurses should be doing. Each day there are 50 healthcare workers unable to work due to Covid19, this is exacerbating existing staff shortages and means that inevitably the students on placement are filling the gaps left by these absences.” 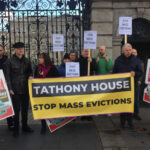