People Before Profit Submit Amendment To Palestine Motion Calling For Sanctions And Expulsion Of Israeli Ambassador For War-Crimes, Ethnic Cleansing, And Apartheid 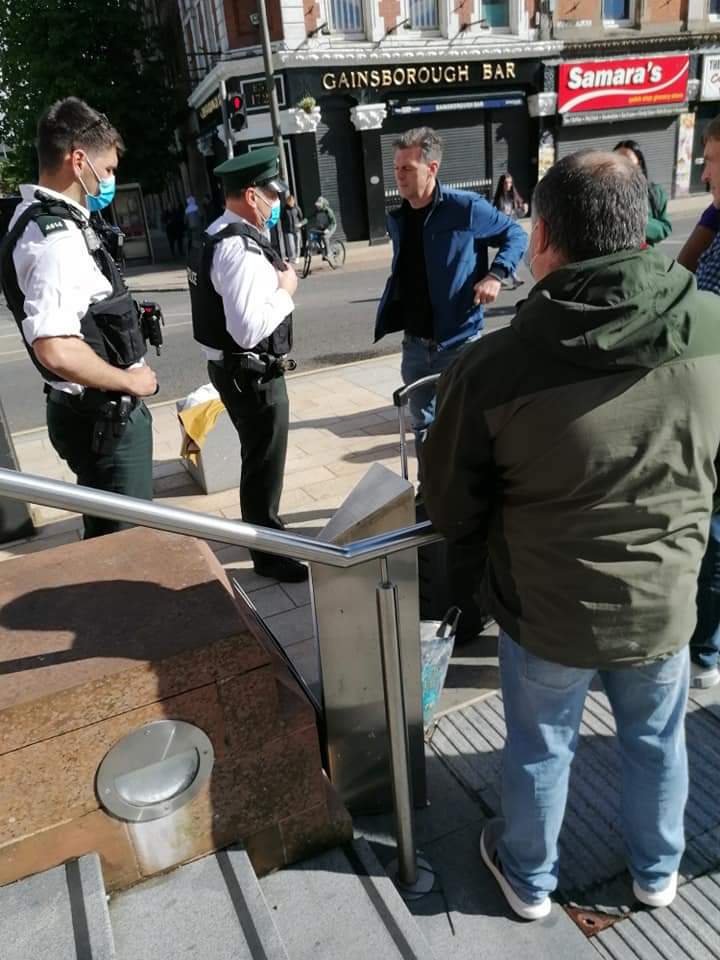 People Before Profit have submitted an extensive amendment to a Private Members Motion on Palestine which is to be debated in the Dáil this evening.

The PBP amendment to a motion tabled by Sinn Fein, calls on the Irish government to expel the Israeli Ambassador from Ireland and for a comprehensive package of economic, political and cultural sanctions against Israel for war-crimes, ethnic cleansing and the crime of apartheid.

The PBP amendment stresses that the killing of innocent children in Gaza during the recent escalations of violence or the attempt to displace 28 Palestinian families from Sheikh Jerah in Jerusalem were not isolated incidents but further confirm the fundamentally apartheid character of the Israeli state and a consistent pattern of ethnic cleansing by Israel against the Palestinian people since its foundation in 1948.

The amendment affirms that Israel must be treated in the same manner as apartheid South Africa with a similar regime of sanctions applied to it until the apartheid regime is dismantled and full self-determination for Palestinians is achieved, including the Right to Return of all Palestinians expelled and displaced since 1948.

People Before Profit TD Richard Boyd Barrett, who wrote the amendments, said: “There are many good things in the original motion tabled critical of the illegal annexation of land designated for Palestinians by Israel.

“However, we in People Before Profit feel we must go much further and point out that Israel is guilty of repeated war-crimes in Gaza, and has engaged in a systematic campaign of ethnic cleansing against Palestinians since 1948, which continues to this day.

“Crucially, we must name Israel as a fundamentally apartheid state and isolate it from the international community of nations as was done with apartheid South Africa.

“Meaningful solidarity with the Palestinian people means holding Israel accountable for war-crimes, ethnic cleansing and apartheid and imposing sanctions on Israel, including expelling the ambassador until Israel is held accountable for its crimes.”

Amendment to Motion on Palestine

Add after the end of the motion

And further calls on the Irish government to:

publicly declare that the state of Israel is guilty of war crimes for its killing of innocent men, women and, most horrifically, 63 children in Gaza over recent weeks.

acknowledge that the recent escalation of violence was provoked by the attempt to ethnically cleanse 28 Palestinian families from the Sheikh Jerah area of Jerusalem and replace them with illegal Israeli settlers.

acknowledge that these latest atrocities and war crimes perpetrated by the state of Israel are not isolated incidents but are part of an ongoing and systematic campaign by the Israeli state to ethnically cleanse the Palestinian people from their land and deny them basic rights under international and human rights law – a campaign that has been pursued relentlessly since the foundation of the state in 1948.

acknowledge that Israel, in its basic laws and practices, is an Apartheid state, similar to the former apartheid state of South Africa, as defined by the international convention on the suppression and punishment of the crime of Apartheid (UN General Assembly resolution 3068 (1973) and that Israel’s apartheid character has been confirmed by both the main Israeli human rights organisation, B’tselem and the main US-based human rights organisation, Human Rights Watch.

publicly assert that the Israeli apartheid system, through its ongoing ethnic cleansing, brutal state repression and murderous military violence – including four savage military assaults on Gaza in recent years, has no place among the international community of nations

expel the Israeli Ambassador and all Israel diplomatic staff from Ireland.

apply a comprehensive package of economic, political and cultural sanctions against the state of Israel, similar to that applied to apartheid, South Africa.

maintain sanctions and promote them within the EU and internationally until the entire Israeli Apartheid system is dismantled and all the Palestinian people enjoy national self-determination and full and equal rights, including the right to return of all Palestinian refugees expelled since 1948 and all their descendants, as required by International law (UN Resolution 194).

Build To Rent Development In Mervue Approved Under Failed Legislation

Adrian Curran, People Before Profit representative for Galway, has reacted to the news that An Bord Pleanála (ABP) have granted planning permission for 345 build-to-rent

Treatment Of Health Heroes Must Be A Red Line

People Before Profit Cllr Maeve O’Neill and Altnagelvin hospital worker,  “The treatment of health and social care workers must be a red line.  Derry and

Now Is The Time For Fundamental Reform Of The Health Service

Reports that Health Minister accepts HSE argument that now is not the time for reform are “alarming” People Before Profit health spokesperson, Gino Kenny TD,