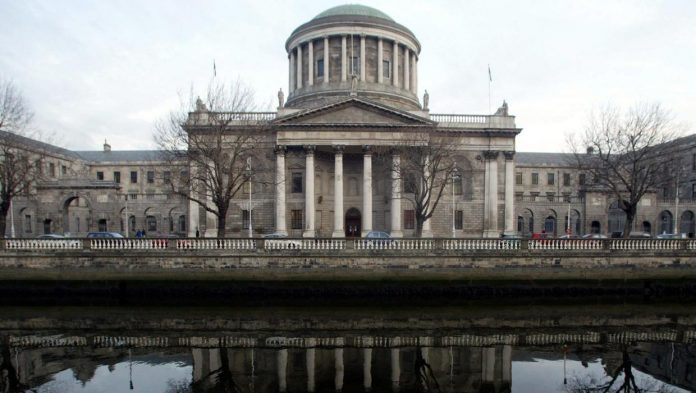 The political establishment are up in arms because  Bríd Smith TD had the temerity to question the role of a judge in attacking workers’ rights.

Even worse, she pointed to the fact that the same learned judge earns €200,000 a year while issuing a ruling that will lead to the reduction in salaries of electricians who earn €44,000.

Minister for Justice, Charlie Flanagan, described Brid Smith’s remarks as ‘sinister’ and the Chairman of the Bar Council of Ireland said it amounted ‘to an attack on our democracy and is something that all of society should be gravely concerned about.

Brid Smith has hit an establishment nerve. Their much vaunted talk about the independence of the judiciary and their doctrine of a ‘separation of powers’ has been questioned and they are rallying together. The upper class, it should be noted, are the most class conscious element in society, well tuned to protect their interests and sense of entitlement.

Just how ‘independent’ is Judge Garret Simons himself?  As Senior Counsel he was commissioned with another legal expert by Irish Water to give an opinion on whether or not water charges could be stopped.

He stated that ‘In our opinion, the Irish State is obliged to continue to impose charges for domestic water services.’ Two years later he was appointed to the High Court by the Fine Gael government.

Does anyone seriously think that if he had stated that the Irish people were perfectly entitled to get rid of water charges, he would now be sitting on the High Court?

But it is not just one judge. Justice Peter Kelly, the former President of the Court, stated in 2012 that appointments to the High Court are ‘purely political’.

In 2011, the Irish Independent revealed last year that at least a third of the country’s judges had personal or political links to political parties before being appointed to the bench.

However, it is not merely a question of direct political links. Judges are drawn from a particular social class, mix in very distinct social circles and rarely if ever experience working class lives.  They operate within a legal system that protects the wealthy while disadvantaging the poor.

During the most recent Covid-19 crisis, hundreds of meat plant workers were infected. But nobody ordered the closure of the plants – because profits came before workers’ lives.

Or look at what happens when company negligence leads to the death of a worker. Cases tend to be heard in the lower District Court and in a recent case in Cork, the company was only fined €21,000.

The very idea that a banker who charges mortgage customers fraudulent or extortionate fees should be jailed is considered outlandish. Bankers who deliberately defrauded their customers walk free – while petty thieves are jailed.

This whole structure means that those who are imprisoned are more likely to come from the poor. One study, for example, found that 80% of prisoners were unemployed before their imprisonment.

There is no real separation between the different branches of the ruling elite. The independence of the judiciary is a myth. And for daring to say that, Bríd Smith TD has been targeted by the establishment.

It tells us one thing: talk about social class in Ireland is what really gets up their nose. Let’s keep it up.