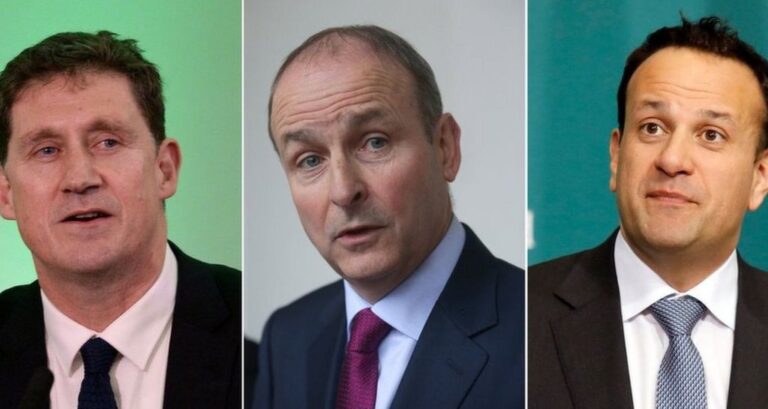 2022 must be better – but not if we are expecting anything from an incompetent government.

Two years of the pandemic crisis has torn away the veil from talk of ‘change’ because this government is motivated by only one concern – to protect profit and wealth.

Why else did they pay out €115 million a month to private hospitals rather than take them into public ownership during a pandemic?

Why did they dismantle the contact tracing system in schools? Why are there no free antigen tests? Why did they not invest in hospital beds or even provide enough HEPA filters for workplaces and schools.?

Shamefully, this government and the EU supported Big Pharma when they refused to remove patents on vaccines to ensure that poorer countries got access. We are now paying the cost as new variants appear.

But why be surprised? Efforts to re-model global leaders as ‘progressive’ has proven hollow.  Joe Biden was once hailed as a relief after Trump, but America still denies statutory sick leave to workers. And far from closing obscenities like Guantanamo Bay, Biden is building a secret court to try its internees.

The doyen of European liberalism, Emmanuel Macron, who once pretended to be ‘neither left nor right’ has turned out to be the bankers’ favourite, whipping up racism to protect privilege. His Minister for Justice is an alleged rapist who says he ‘cannot breathe’ every time he hears talk of police violence.

If liberal, progressive capitalism has turned out to be a fraud, we need system change. But that requires a clear practical agenda of action. Here is what People Before Profit want.

Workers Action: The trade unions have been asleep for decades because of social partnership. But now there is something to wake up about. Inflation is running at a twenty-year high and workers must take action to protect their living standards. That has already begun in the North with workers winning substantial pay increases after taking strike action. We need an island-wide push for higher pay and for an end to the scourge of low pay. We can no longer tolerate a situation where bosses can go to the courts to prevent security workers from getting a miserly increase to €12.05 an hour.

But all of this will require a major change in the unions. Instead of allowing officials to dominate and dictate, the grassroots must take control and press for real action to win higher pay.

Housing: Time To Protest.  People power works. We showed that when we stopped water charges. We showed it when thousands marched to prevent the demolition of the Cobblestone pub, a famous Dublin venue for traditional music. But the running sore of Irish society is housing.

High rents are consuming nearly half of our wages. There are tens of thousands waiting to get off housing lists. And there is not a  chance of an affordable home – unless we act.

In 2022, People Before Profit will be working flat out to bring tens of thousands onto the street to solve the housing crisis.

Fake Green or Red and Green: Electricity blackouts have already started yet this government is allowing data centres to consume nearly a  third of our electricity. The leader of the Green Party has re-commissioned fossil fuels burning power stations to serve their needs. If you want to save the planet, you need to stand up to the big corporations. The Green Party will never do that – People Before Profit will.

Equality- The Fight Has Only Begun. We only got Repeal because tens of thousands marched and forced the political elite to concede. But many in rural areas cannot access abortions services and the USA shows that even limited rights will come under attack.

The government talks of closing down direct provision centres – but the EU builds more obstacles to keep refugees out. The fight for equality must be embedded in every struggle in which we are involved – and People Before Profit is a party that will consistently highlight that.

A political earthquake is coming to this country in the wake of Covid. There is already talk of a Sinn Fein led government in the South and possibly a Sinn Fein First Minister in the north.

But the lesson we have learnt is that we must not patiently wait for change to be delivered from on high – the fight has to begin now.

People Before Profit is fully committed to bringing about a  left government. But for us, that means one that excludes Fianna Fail and Fine Gael. It must be a government that rests on ‘people power’ because otherwise it will be blackmailed and abused by the corporations. The more we mobilise together now – the more that will become a real possibility.

In May, the first major elections will occur in the North and People Before Profit will be contesting many constituencies with a clear message: we are neither nationalist nor unionist, but socialists in the tradition of James Connolly. We want a united Ireland that is not based on stitching together the six and the twenty-six counties, but one where the rights of people come before profit. That means a radical change from the fossilized sectarianism that is embedded in the Stormont assembly.

People Before Profit is the largest and most dynamic party on the radical left. We aim to grow stronger over 2022 and if you are not already involved, we invite you to get political and join the fight.