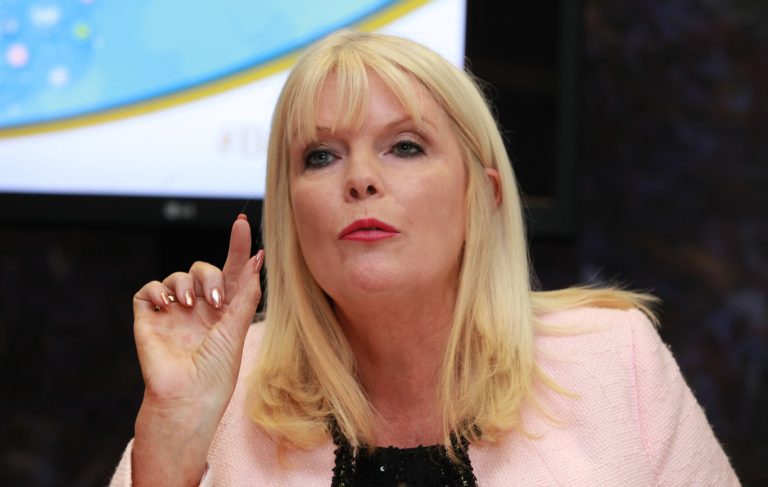 With the release of first round CAO offers this week and the new academic year quickly approaching, tens of thousands of students across the country are beginning the search for a place to live. Against the backdrop of the housing crisis, this search has become a punishing and demoralising experience for many students – campus beds are limited in number, private rents are extortionately high and conditions are often cramped or otherwise inadequate. The lack of quality affordable student accommodation has been a serious problem for a number of years now but each year the scale of crisis grows. In 2015, a Higher Education Authority (HEA) report revealed a shortage of 25,000 student beds nationally whilst also predicting an additional 25-30,000 full time students by 2024.

Though the government make occasional reference to the growing crisis in student accommodation, they have done little to meaningfully address its causes – instead, they’ve opted for their usual tact of looking at people’s crises as opportunities for their friends to make money. The fast-tracked planning and development of Purpose-Built Student Accommodation (PBSA) by large corporate investors and developers has been a case in point. PBSA developments have created far more problems than they’ve solved but they’ve delivered healthy, tax-free windfalls for the corporations behind them. Rents in private PBSA in Dublin start at around €900 per month and the developments themselves have intensified the pace of gentrification in the Inner City, where they’ve cropped up at astonishing pace. On sites that should be used for public and affordable housing, we’ve gotten for-profit development of student accommodation and consequently, dislocation of working-class people from the communities they’ve called home for generations. A similar picture is seen across the country.

If the farce of private PBSA wasn’t bad enough – this week colleges across the country announced rent hikes of their own, seeing rents in the private market as a marker for rents in college-owned halls and dorms. As one example, rents in Trinity College Dublin went up by 6.2%, despite the college turning a profit of €10.9million on their own accommodation offerings. These increases come in the context of a crisis of funding in third level, which was created by the Fine Gael – Labour government in 2012, when they cut capitation (per student funding) by 43% and introduced student registration fees. Today capitation sits around €5,000 per student, half of the EU average spend on third level, placing us among the lowest spenders in Europe. Rather than demand increased state funding, university and college heads prefer to shake down students and staff for cash – for them and for the establishment parties, education is a commodity that people may choose to invest in, rather than a public good, guaranteed as a right for all. It is this philosophy of commercialisation that is hollowing out education, hurting staff and placing barriers in the way of working-class students accessing third level.

Between rising rents, fees and cuts to the SUSI grant – education is increasingly become a privilege for the wealthy few. As costs rise, more and more young people are deciding not to pursue third level study, others are priced out altogether. The maintenance grant system is totally inadequate, with the maximum rate set at a paltry €5,915 per year plus fee remission. What makes the situation worse, however, is the cold ignorance and indifference of establishment politicians to increasing inequality in education. This ignorance was best exemplified yesterday, when Mary Mitchell O’Connor, Minister of State for Higher Education, remarked that students facing rent hikes should simply “use their grants” to pay rent, seemingly unaware that students are paying between six and fifteen thousand euro per year for accommodation on campus or in private PBSA.

What Mitchell-O’Connor’s remarks prove beyond doubt is that establishment politicians are neither willing nor able to solve the problems faced by students and colleges in crisis. They are wed to a model of free market extremism, where state spending is out of the question unless it’s to bail out bankers. They’ve pushed outsourcing of college staff, market delivered student beds and vaunted student loans to boost college revenues but they will never address the funding issue that lies at the heart of the crisis in education.

What would solve the crisis is increased state funding, the expansion of the grant system and an ambitious programme of state-led construction of student accommodation on campuses. Once built, new on-campus student accommodation should be heavily subsidised, with rents linked to people’s ability to pay. By increasing capitation and supports for students of all ages and backgrounds, we can rejuvenate a crumbling third level sector, improving access, quality and of course, conditions for workers.

This vision could be a reality but to make it so, we must build a strong, democratic student movement and to march alongside it, rejuvenated and fighting staff unions. As a starting point, students should look to the successful examples of Take Back Trinity in Dublin last year and the 2017 Cut The Rent campaign in London, which saw students go on a six week rent strike to reverse on campus rent hikes similar to those introduced here. Staff should take their example from recent trade union struggles that have won massive popular support and some of their demands –  the nurses’ strike this year, the 2018 University and College Union (UCU) Strike in Britain or the inspiring series of teachers strikes that have rocked several US states so far. Together, staff and students fighting from below can transform third level and build a system to deliver education for all.