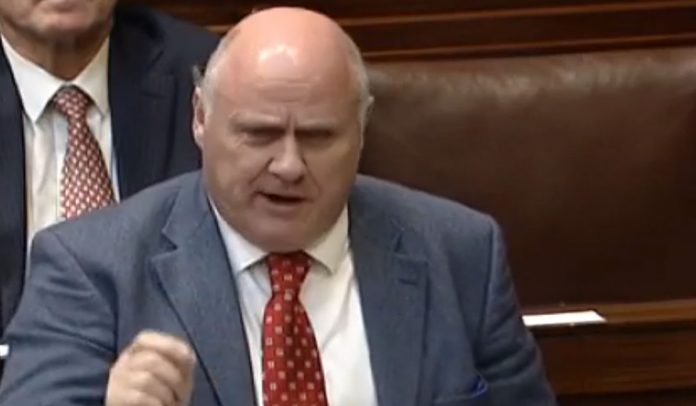 Galway West TD Noel Grealish hit the headlines again yesterday with more dog whistle comments in the Dáil, this time bringing up money sent home as remittances by Nigerian immigrants. Grealish cited a figure from the World Bank of €3.54 billion sent to Nigeria in the form of remittances over the last five years. This data is completely inaccurate, a fact acknowledged by the World Bank itself:

“These are analytical estimates based on logical assumptions and derived from a global estimation of bilateral remittance flows worldwide. They are not actual officially reported data.”

Data from the CSO, produced in line with best international practice, shows remittances of approximately €17 million a year going to Nigeria between 2010-17. This is a fraction of the figure given by Grealish. Moreover the Dáil record shows that Grealish asked for and received the CSO figures from Government Chief Whip Seán Kyne last month. The TD has therefore deliberately and wildly mislead the public with these comments.

So why does Grealish want to lie about remittances being sent to Nigeria? Irish emigrants have a long history of working hard to save and send money home from the United States, England and elsewhere. Often this was money that kept their families afloat back home.

The reality is Grealish is once again trying to target migrants and stir up racism. This latest attempt is quite sinister. He wants white Irish people to be suspicious of their migrant friends and work colleagues, to drive a wedge between working people, to ramp up xenophobia against people who are doing nothing more than sending a small amount of money back to their families.

If Grealish were really concerned with saving money for the country, he could easily highlight the billions of euro being squeezed out of Irish workers every year to keep European banks afloat, or indeed the €13 billion Apple tax owed to Ireland that the Irish government refuses to claim. Instead of challenging the vast inequality in our society he wants to target ethnic minorities and the pennies they might have managed to save through hard work.

Indeed, this goes to the heart of the matter. The truth is that Noel Grealish is nothing more than an establishment hack with a long track record of supporting the élites in our society and ripping off ordinary people. He claimed €87,294 in expenses between 2016 and 2019 despite failing to vote on 66 of the days where he signed in. He has repeatedly backed the Fine Gael-Fianna Fáil alliance over the years, most recently voting against the Anti-Evictions Bill, against a bill that would end a recruitment freeze on Mental Health workers, and against measures to give priority to the improvement of public transport. He also voted with the government in the votes of no confidence against Minster for Health Simon Harris and Minister for Housing Eoghan Murphy, allowing them to continue decimating our health service and enriching major developers and vulture funds at the expense of struggling people who need affordable housing.

Grealish would like for nothing more than to see people turn on African migrants, letting him and his friends in Fine Gael and Fianna Fáil off the hook. We absolutely cannot allow this to happen. We must stand up for vulnerable people who are being targeted, reject this vile racism, and fight for a society that looks after everybody.