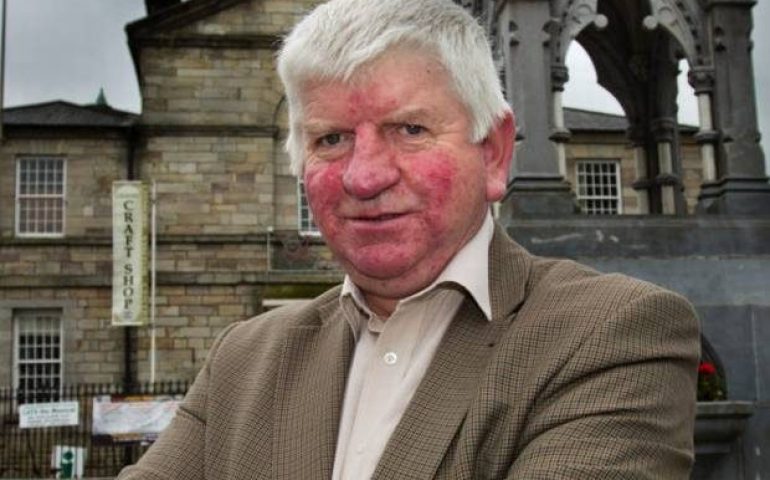 Declan Doocey’s position as a Public Representative is untenable, according to People Before Profit, Waterford.

Mr Doocey has been a Fine Gael Councillor since 2004.  He served a term as Mayor of Waterford in 2018-2019, and is now facing a High Court legal battle with his own Local Authority over alleged breaches of waste management laws.  These relate to holding, recovery or disposal of plastic waste on his land, in a manner that may have caused environmental pollution.

Declan Doocey last week voted to increase the burden of property tax on the family homes of Waterford by 10%.  His Fine Gael colleague, Lola O’Sullivan called the tax hike an opportunity to show leadership during the coronavirus crisis.

“How can Declan Doocey claim to be showing leadership to his constituents”, asked Úna Dunphy of People Before Profit, “while he continues to defy the orders of his own Council to protect the environment, and continues to impose legal costs on the Local Authority that it can ill afford, to force him to comply with the law, and to clean up the plastic pollution on his premises”.

Waterford City and County Council is committed to raising environmental awareness and showing the County at its best.  It spends a lot of money on combatting pollution and on creating a living environment that we can be proud of and enjoy.  Declan Doocey runs a collection service for waste farm plastics in Waterford County and the surrounding areas.  The Council claims he has been collecting and storing waste on his land in Lismore in an unauthorised manner, and that it will cost more than €500,000 to remove 5,000 tonnes of farm plastic waste Mr Doocey collected and stored in an alleged breach of environmental laws.

Operating a business that does harm should not be tolerated, and the Council has no alternative but to go to Court, and use taxpayers’ money to protect our heritage.  That it has to take action against its own Councillor is scandalous.

Mr Doocey, who was honoured with the position of First Citizen, has accused his own Council of victimisation.  He claims that China’s environmental crackdown in recent years had resulted in a collapse in that market in 2017 and it has had an awful knock-on effect on exporting plastic.  “The Council”, he said, “because of my position, played hardball with me.”

“Repeated requests to comply with the law, and to act to prevent pollution, is civic responsibility”, says Úna Dunphy, “and going to Court as a last resort is not hardball.  Declan Doocey’s business is not a victim of the Pandemic.  When he lost the outlet in China he was given years to make his commercial activity compliant with the law”.

On 31 October 2018, he was directed by the Council to cease accepting farm plastic waste, and asked for time to regulate matters.  He continued to collect plastic, and according to The Irish Times, stockpiled more than three times the permitted quantity.  Following inspections in May and June 2019, the Council issued District Court proceedings in July 2019.  In July 2020, Waterford City and County Council commenced High Court proceedings pursuant to sections 57 and 58 of the Waste Management Acts 1996 -2011 as against Declan Doocey.  The case is due to appear before the High Court on Monday 19th October.