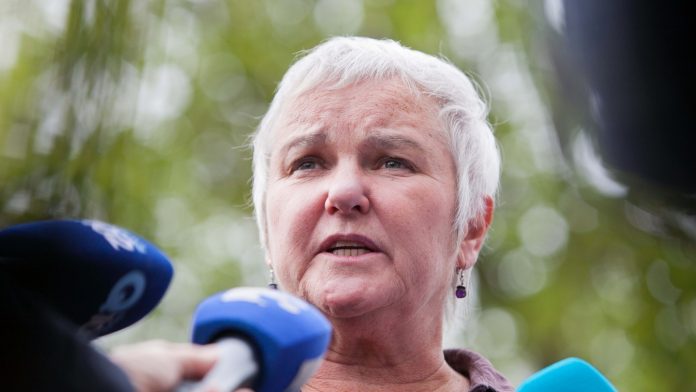 Bríd Smith TD has called the Broadband announcement by Government the “most expensive press release and piece of media spin in the state’s history.”

She said the scale of the costs and the entire project would be one of the main things this Government is remembered for along with the housing crisis.

Deputy Smith is a member of the communications committee and was speaking ahead of a briefing from Minister Bruton’s Department this morning.

The People Before Profit TD claimed that the professed concern about rural Ireland was entirely bogus giving the Governments ongoing closure of rural post offices and the failure to invest in public transport in towns and villages.

She stated that the Taoiseach’s comparisons with the electrification of rural Ireland were particularly ironic given that it was a state company which undertook and provided that key service. “In comparison, because of their ideology this Government have privatised this service, they have squandered millions on a flawed tendering process and told us this is the most efficient way to proceed. We end up with one bidder and a PR disaster that they are now desperately trying to rescue but which will haunt this country for decades.”

She reiterated earlier calls for the ESB to take over the project saying, “If we had built rural electrification on a privatised, competitive tendering model like this, half of the country would still be using candles for lighting.”

Why will the actual contract take another 6 months to finalise?

Will outstanding court cases and investigations including ones involving partners in the winning consortium have any effects on the final signing of the contracts?

What will happen if earlier bidders initiate court challenges to the awarding of the contract to E NET?

Why have some documents around the process not been released and when will they become public?

How much money is the consortium putting up compared to the state?

Did the Department investigate the possibly of any collusion between bidders given that one bidder that pulled out is set to gain €1bn form the project?