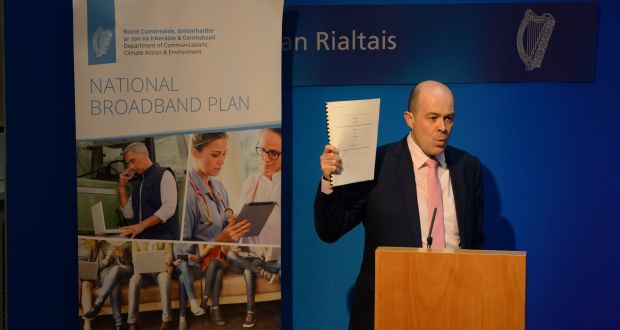 Brid Smith has called the broadband tendering process a historic fiasco that shows the failure of relying on private companies to deliver important infrastructural projects for the State.

“It is beyond belief that even after spending  3 billion euro on this, the State will not own the finished infrastructure after 25 years”.

The TD pointed out that the original justification for this model of procurement was that it was cheaper and more efficient “Back then the minister told us it would cost less than 1 billion and that we would have a number of consortiums bidding including leading international firms who were expert in this industry. That’s all proven to be nonsense.”

Reacting to the Government decision to award the contract to the one remaining bidder, the TD said the decision was motivated more by Fine Gael’s election concerns and not with delivering Broadband to rural communities.

“This farce has already cost us over 18 million euro to just organise a flawed tendering process, and we will now be on the hook to the only remaining bidder for 3 billion euro. This farce needs to stop and the state needs to take control and ownership of providing Broadband by using existing semi-state companies like the ESB to provide it”.