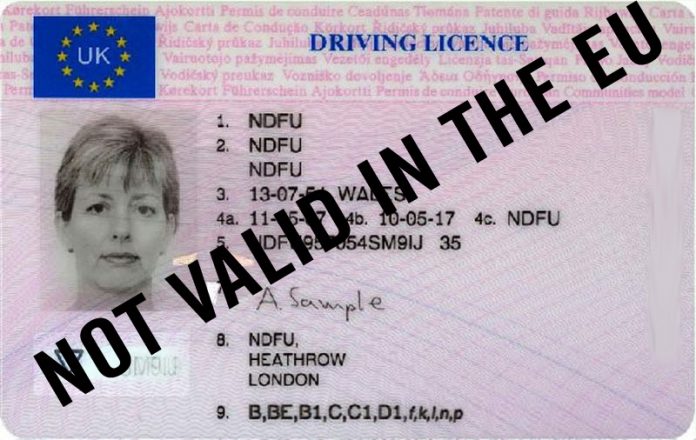 Drivers from the North may have to apply for new documentation to cross the border, if there is a no deal Brexit. The National Driver Licence Service (NDLS)  recently stated that:

And while Dublin is pushing through omnibus legislation to cover many aspects of life, this issue has not been properly addressed. While great care is being taken to ensure that the wealthy continue to benefit from their tax loopholes, little is being done to address the needs of ordinary drivers.

Strangely, drivers with US licenses will have no difficulty driving in the South. This is because that country signed up to a UN convention of road traffic– whereas Britain did not.

After a no deal Brexit, the EU has stated that it will no longer be able to recognize British licenses because they were not part of this convention.

There is no need for this confusion. As the only country sharing a land border with part of Britain, the Irish government should simply recognize their licenses. They should do a deal where the same applies to British recognition of Irish licenses.

Otherwise huge number of people who travel back and forth across Ireland’s artificial border will be further inconveniences.