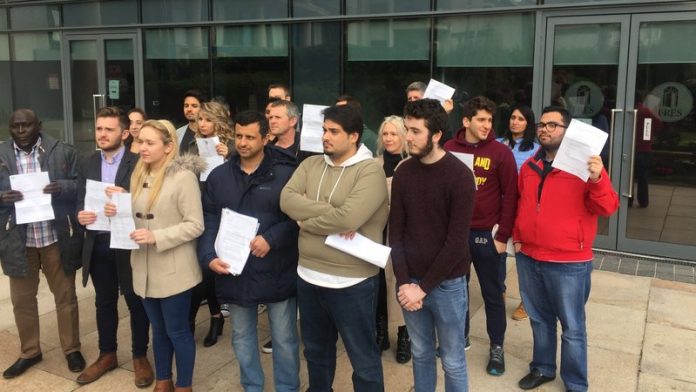 Deputy Boyd Barrett said: “This shocking attempt to get around the 4% rent cap is being facilitated by the government because of its failure to close off loopholes in the Residential Tenancies Legislation, despite consistent pleas to do so by opposition parties and housing NGO’s.”

Local People Before Profit Rep, Rachael Prendergast Spollen said it was, “Surreal” that Ministers such as Simon Coveney and Eoghan Murphy could claim their Housing Policy was “working” when rents are continuing to spiral well beyond the 4% rent cap across Dublin, driving more and more people into housing difficulty and homelessness.”

Richard Boyd Barrett TD said: “It is absolutely outrageous that IRES-REIT would attempt to inflict a 20% rent increase on a shockingly high rent of €2,325 per month bringing it up to €2,800. Who can afford this?

“This case is a microcosm of why we have a Housing Crisis. A greedy corporate landlord, invited into the country by former Minister Michael Noonan, who bought property for a song from NAMA, now engaged in rack-renting and profiteering in the midst of an unprecedented housing crisis. It’s sickening.”

Rachael Prendergast Spollen said: “This is another case of not just profiting, but profiteering on the already overstretched tenants. The stress a 20% rent increase will cause people, families and the community in Sandyford is beyond unethical, its completely immoral and will potentially push yet more people into homelessness.

“The government are well aware that landlords are exploiting loopholes in legislation to get around the 4% rent cap. The must bring in emergency legislation, urgently, to close these loopholes and freeze rents while the Housing Emergency continues.”

People Before Profit were contacted by the Tenants to discuss the rent hike IRES REIT are imposing on them.