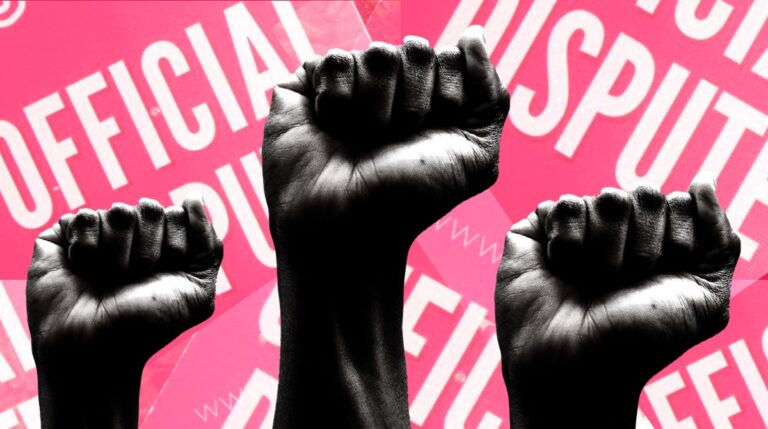 Workers who fight are workers who care. This summer People Before Profit have seen three great examples and we sent support to each.

The workers in Department of Infrastructure in the Woodburn Depot in Derry who struck to fight bully managers are an example we think should get all-Ireland media attention. Their strike was supported by their union bureaucracy (Unite) and the workers won. But they let the managers know they were willing to strike again and again until they were all safe from bullying. These are workers who look after each other, kept organising their co-workers around real issues and were strike-ready when the time came. And they struck and won.

Workers in South Dublin County Council went on strike to condemn and stop the damaging privatization and outsourcing practices Government continues to pursue. Government policy has led to poor staffing levels which their union bureaucracy (SIPTU) and membership recognise as a threat to safety, quality and jobs. Privatisation does not lead to long-term cost savings for people or better services: it leads to short-term competition which cuts corners  and staff. Outsourcing lets the wealthy have more power over our private lives and our working lives. These workers have set a good example: fight outsourcing, fight the race to bottom.

The Dublin Bus drivers rejected a terrible plan that their union bureaucracies (NBRU and SIPTU) endorsed by over 97% (!). The plan was very bad for drivers themselves but would have made managing the union bureaucracy easier for those who work in the union bureaucracy. This is why the unions require members to vote to approve plans. The drivers vote makes a just transition more likely for more workers.

It’s clear that there is often conflict between the natural interests of the union bureaucrat (securing deals, appearing as the reasonable negotiator) and workers who are members (fighting not just to maintain but to build terms and conditions as the global gap between the wealthy and the working tears further open every week).

Workers in every workplace have to stand with each other because they deal with the fall out alone. And because they are not the natural winners in industrial conflicts. This is especially when union membership is relatively low in Ireland (eg. just 26% in Q2 2020 in the south and 32.7 in the north). Real union activity (eg. speaking at meetings, recruiting, writing, organising, training) is naturally lower. The actions above are signs of care, intelligence and power in the workers’ movement in Ireland.

More and more frequently the members must take actions like this AND take control. Workers need to have the final say in how their union hall and union office runs. Working members must build more power for themselves by continuing to build in their workplaces, societies but yes just as importantly in their union halls and offices.

Obviously, this is more work for union officers and bureaucrats. Knowledgeable members are workers who want better futures and safer greener work. We are demanding. It’s not easy dealing with every issue that pops up on every worksite and workplace especially now. But we need our unions to look after our co-workers, our communities and our environment. Is it too much to ask? If it is too much, then the union bureaucracy has got to change. They should follow to follow the lead of the Workers Who Fight -not bureaucrats who might.

We have higher standards for ourselves than our employers and often our union bureaucrats have for us. We agree with James Connolly. He said ‘We only want the Earth.’ Until we have it, we are going to use our unions fight for good green union jobs and more power for Workers Who Fight. Which side are they on?

Each union needs to be a green union and a member-led union if it is going to be considered worth keeping in its current form. These three examples remind us of the ongoing example Debenhams Workers taking on all comers. They are still fighting their union bureaucracy too. They’ve exposed how toxic Governments and ‘partnership’ trade unionism is for workers across Ireland. They fought. We supported them.

Just like our members did on the Debenhams Workers’ pickets, People Before Profit supports these workers who set the standard this summer. We support Workers Who Fight.