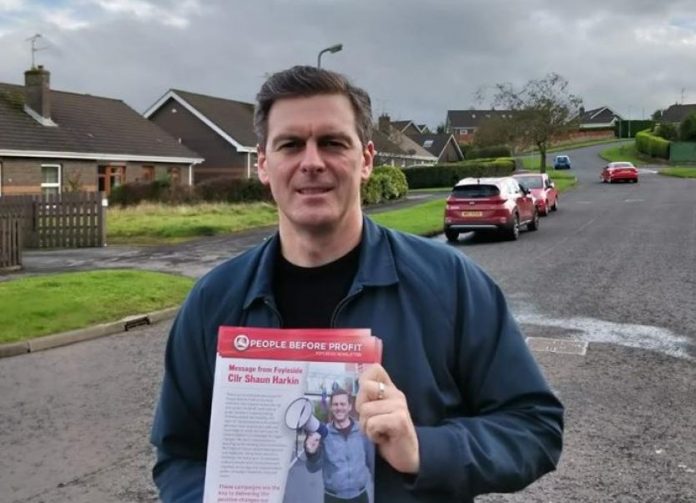 “It’s been widely acknowledged workers rights and the needs of ordinary people were not respected during the decade of austerity from Westminster and Stormont.
Strike action by nurses, health workers, civil servants and many others has made it clear people are in no mood to tolerate this treatment any longer.
I’m calling for Councillors in Derry and Strabane to give their support to the Trade Union Campaign for Better Work Better Lives.
If Stormont made this document a cornerstone of all it does the lives of a majority of people here would be vastly improved.
We need investment in all our public services, we need living wages, we need a humane welfare system that helps people instead of punishing the vulnerable and we need all employers to treat people with respect.
People Before Profit will prioritise working to unite working class communities in people power campaigns for a more equal society. This is what we’ll need if Stormont refuses to act.”
Motion to Derry and Strabane Council full meeting tomorrow from People Before Profit Cllr Shaun Harkin:
“Council supports and calls for immediate action to implement commitments to workers’ rights contained in the Stormont New Decade, New Approach document.
Council gives its full support to the Trade Union Campaign for Better Work Better Lives.
Council supports the Trade Union proposal for a Stormont Social Policy Forum.
Council reaffirms its support for workers’ rights and trade union representation for all in Derry and Strabane and calls on all employers whether private, public or community to respect these rights.”
Better Work Better Lives:
http://www.betterworkbetterlives.org/sites/default/files/publications/Better%20Work%20Better%20Lives%20Policy.pdf
Join People Before Profit

Disabled And Vulnerable In A Pandemic