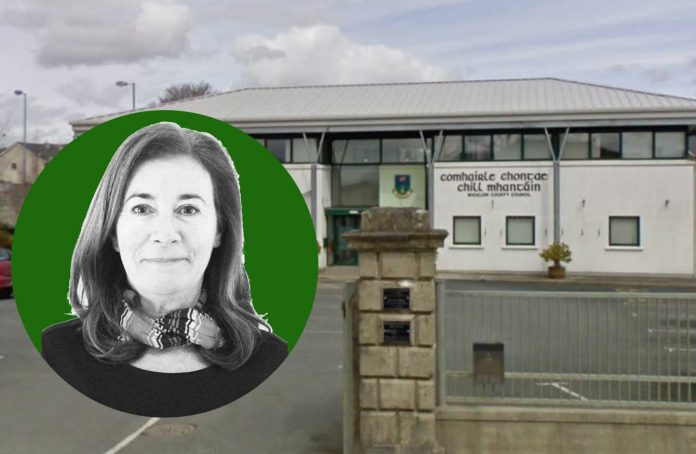 A member of the public photographed the Council removing People Before Profit ‘YES’ posters which had been erected on Saturday evening last.

Greystones Municipal Area People Before Profit representative, Pyper Ludlow said: “This is a disgraceful anti-democratic move by Wicklow County Council. There are “YES” and “NO” posters everywhere outside of Wicklow. In fact, we put our posters up quite late compared to others.”

It appears that Wicklow County Council have said that posters should not be put up earlier than 30 days before the referendum.

Ms Ludlow said: “Whoever authorised the removal of our posters is ignorant of the law in relation to postering in advance of a referendum. The 30 days requirement is in advance of an election. Referendum posters can go up from the day the Minister makes the polling day order appointing the day on which the referendum is to be held.”

“It is hard to believe that Wicklow County Council does not know the law in relation to postering for the forthcoming referendum so this look like an attack on democracy by council officials. We feel that it is really important that our message of trusting women is out there for the people of Greystones and Kilcoole to see. I am demanding that the Council put our posters back up immediately and compensate us for their wrongful removal,” added Ms Ludlow.