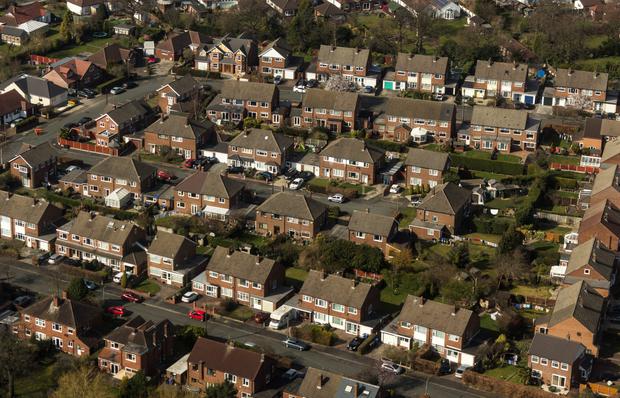 Every year there is a repeat of the debate on the benefits of the Local Property Tax (LPT).

Proponents laud its importance for funding local government, boast of its progressive credentials in taxing wealth contained in property, and point to the European norm to underline their majority position.

Why then do socialists oppose the LPT? Well, contrary to the claims of Fianna Fail, Fine Gael, Labour, the Greens, and the Social Democrats, the LPT has failed completely to either increase local funding OR target wealth caught up in property.

This is because rather than an additional source of income the LPT was in reality a replacement for the General Purpose Grant that was the main source of funding before 2015. After the LPT was introduced, funding shrank immediately and dramatically as the government and local authorities shifted the burden of funding from the state to local communities.

Far from being about better local public services, the LPT was brought in as a means to reduce them. Just look at the running down of basic services like libraries, cleaning, repairs, and funding for youth services, which have joined bin collection, council housing and local public transportation in the list of services being privatised and contracted out by local authorities unwilling to maintain municipal control.

The parties who laud the supposed benefits that are offered by the LPT are the same parties who in reality stood over the gutting of funding for local services. They simply shifted the tax burden to ordinary people because their tax haven model of Irish capitalism means they will shelter the big corporations from having to pay their fair share to improve our public services.

What about the claim that the Local Property Tax is a tax on wealth? While it is clear that there is a huge amount of capital invested in property in Ireland, the LPT does nothing to address this.

The LPT is not a tax on wealth – it does not distinguish between millionaire mansions and the family home. The LPT is based on Ireland’s housing market and as a result the property tax penalises people whose family home has increased in value because of market rates they cannot control. You could be poor and living in an area like Ringsend in Dublin 4 and still pay more than a millionaire living in Mullingar.

This also goes to the heart of a difference between socialists and the establishment in understanding what housing is. The parties who promote the LPT talk of all ‘property’ – including housing – as a commodity and source of wealth. For socialists, housing is a right and should not be treated as ‘property’.

To address the problems of the housing crisis – taxes and policy directed at developers, vulture funds and landlords are what we need. Fianna Fáil and Fine Gael are a party made up of landlords. They have no interest in actually addressing the issue of property speculation and wealth being hoarded in property in Ireland, which is why the LPT does none of this in reality.

So, the Property Tax had failed completely either to increase funding for local services or dampen the property market – the two major justifications put forward by the Fine Gael/Labour government when it was introduced.

Local Authorities now have less money for local services and amenities than they had prior to the introduction of the LPT because central exchequer funding was slashed at the same time. All the while families and homeowners are continued to be targeted by a regressive tax while the wealthy remain largely untouched.

The alternative is a vision that recognises housing as a human right and can distinguish between the 99% and the rich -who avoid paying their share in tax-haven Ireland thanks to their friends in government.

Workers who fight are workers who care. This summer People Before Profit have seen three great examples and we sent support to each. 1. WOODBURN

In a statement today, Deputy Bríd Smith of People Before Profit, expressed alarm at the lodging of an application to An Bord Pleanála by AECOM

Bríd Smith TD has expressed her outrage at the Department of Education’s recent direction that: “All pregnant employees up to 14 weeks gestation should attend

Afghanistan – A Major Defeat For US Imperialism