Why RTE is Talking About a United Ireland! 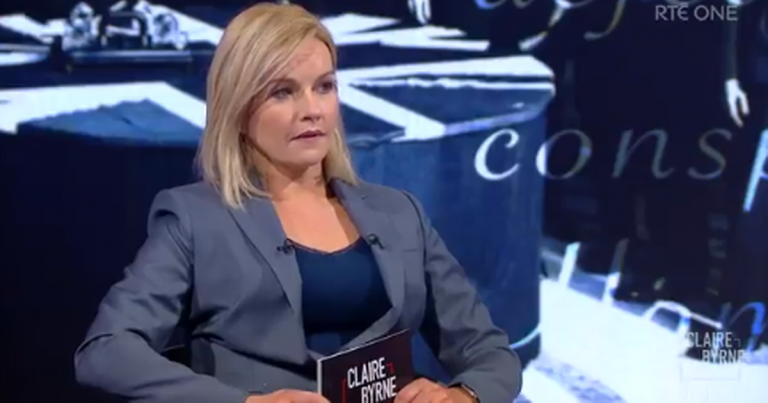 When RTE puts on a special programme about a united Ireland, you know that big changes are underway. The partition of Ireland is now under question. RTE, however, has a  distinct agenda and that was exemplified in one dramatic incident.

After Gregory Campbell appeared, Joe Brolly, a former footballer, cut to the heart matter, by claiming that the DUP party was a sectarian, racist and homophobic party. Instead of talking about identity, he talked about the politics of unionism.  And he was 100% correct. Campbell has, for example, claimed that homosexuality is ‘an evil, wicked, abhorrent practice. My opposition to that is based on the Bible’.

Yet as soon as Joe Brolly spoke, Claire Byrne shut him down. She denounced him, leapt to the defence of the absent Campbell and shut him off. In brief, censored him.

This extraordinary incident occurred because RTE’s agenda – repeated several times by most of the participants- was to focus on ‘understanding identities’. The implication is that we need to go through a few decades of getting to know each other, working on the Belfast Agreement before there could be a border poll.

The Fianna Fail leader, Micheal Martin said  ‘ we should not have target dates’ but work on ‘diverse relationships’. The Fine Gael leader had a similar response. ‘ We’ in the South had to have a long ‘conversation’ about what are ‘we’ willing to do to accommodate a British identity.

Two key assumptions lay behind this discourse. The first is that partition arose out of competing identities and so ‘dialogue’ and ‘understanding’ is first required. Historically, this is simply untrue. British Tories and Irish Unionists divided the country to help shore up an empire. The boundaries of the Northern state were dictated by the need for a Protestant majority. For all the justification of partition as respecting ‘minority rights’, the Northern state was constructed to crush other ‘minority rights’.

Once established it cemented sectarian identities. It fossilised and created artificial cultural divisions. Thus, Unionism is supposed to be based on a ‘British identity’ yet the Britain of its cultural imagination has long since disappeared. Few British people, for example, actually see the Queen as a defender of the Protestant faith. The plain reality, as Joe Brolly, pointed out, is that the Tory upper class loath the DUP. They are simply pawns to be used and discarded when necessary -as the Irish Protocol demonstrates. The real ‘identity’ of the DUP is right-wing fundamentalism linked to a nostalgia for empire.

The second assumption is that Irish unity will be created by a dialogue initiated by the Southern political establishment. Yet this is the very grouping who have benefitted from partition, cementing their political base through the carnival of reaction that followed. They have nothing to offer in real material terms to Protestant workers whose living standards have worsened. They cannot create a National Health Service. They cannot house people in need. They preside over terrible public services. And all because they want to preserve their status as a global tax haven for big business. All they can talk about is ‘accommodating identities’ and postponing a border poll.

The most disappointing aspect of the show was Mary Lou McDonald’s performance. On several occasions, Claire Byrne pointed out that she and Leo Varadkar held similar views. This is partially because Varadkar has pivoted Fine Gael away from the overt Unionism of his predecessors. But it was also because Mary Lou McDonald now accepts that the agency to end partition is the Southern state and that a long period of planning and preparatory dialogue is required.

Nobody pointed out that a border poll is a simple democratic demand. That is should not be postponed like the way Repeal was until forced on the establishment. That a British overlord should not be able to determine when it takes place. Or that the way to win such a poll is to cut through talk about fixed identities and propose an Ireland that involves a radical overthrow of two rotten states in order to benefit working people, whether they are Catholic, Protestant or Dissenter.

This Wednesday People Before Profit is opening their Trade Union Forum up to the public. At 8pm our forum will host Jane Hardy from University

After Brexit, Ireland has the highest college fees in Europe. In France, for example, they can cost as low as €170 a year.  In Ireland,

School Children From Vulnerable Households Have Been Abandoned

The chairman of the scandal-ridden Davy Stockbrokers is John Corrigan. Before taking up this position, he was the chief executive of the National Treasury Management

The Tánaiste Under Criminal Investigation