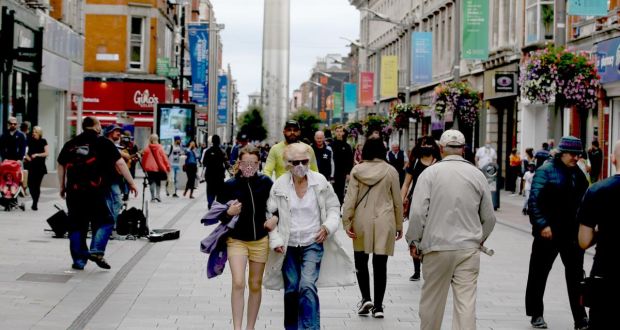 Today the government announce a major package to stimulate the economy. The details will be made clear later on, but it is likely that the state will borrow in the region of €7 billion to pay for grants, tax rebates and a €2 billion credit guarantee scheme for small businesses. In addition, the government will likely maintain the temporary wage subsidy scheme (TWSS) and the pandemic unemployment payment (PUP) until next spring – although they have already reduced the PUP for part time workers and are threatening to cut it for everyone in the autumn. The context of this package is the crisis caused by Covid-19. Since March, large sections of the economy have been thrown into chaos as the coronavirus rips through the economy and the wider society. More than a million workers have received the TWSS or the PUP, with thousands more losing their jobs completely. The government clearly needed to act and People Before Profit welcome the idea of a major stimulus package to revive the economy. That said, there are important weaknesses in the government strategy that need to be identified.

The most important weakness in the government plan is a slavish focus on the private sector. Decades of neoliberalism meant that Ireland entered the health emergency with significant deficits in its public and social infrastructure. For example, the state was already in the midst of a major housing and healthcare crisis with hundreds of thousands of people unable to access essential medical attention or a family home. Despite this, however, the majority of the government stimulus will go to private businesses rather than any increase in public spending. With the threat of a second wave of Covid-19 imminent and with additional crises in healthcare, housing and the environment – now is the time for a major public sector recruitment drive, alongside a capital programme to repair the damage caused by neoliberalism.

In our Alternative Budget we showed how to raise €11.5 billion annually for investment in housing, healthcare, the environment, rural Ireland and childcare. If these policies were implemented fully they would stimulate the economy, repair the damage caused by austerity, improve the general quality of life and begin to tackle the climate emergency. For these reasons, People Before Profit advocate a major programme of public sector ‘care and repair’ to run alongside support for workers and micro businesses – the 92% of Irish companies with less than 10 employees.

Tax the Rich Instead of Borrowing from Them

The second problem is the overwhelming emphasis on private markets for the €7 billion stimulus fund.  Private borrowing is being justified on the basis of low interest rates, but government debt is already high – standing at more than 100% of the country’s Gross National Income. In 2018, Ireland’s interest payments were the fourth highest in the EU and according to the Parliamentary Budget Office other sectors of the economy are similarly indebted. These are not ideal conditions to increase state borrowing, as the Minister for Finance himself admitted when warning of “bond market vigilantes” who may push up the cost of Irish borrowing if the debt pile gets too big. Instead, the state should increase its own resources through targeted measures on the wealthiest companies, the highest earners and the richest households. In our Alternative Budget for 2020, we showed how at least €8 billion could be raised through a solidarity wealth tax, a graduated increase on incomes greater than €100,000 and by increasing the PRSI contributions of profitable companies towards the European average. These figures need some revising due to the last six months, but Ireland remains an extremely wealthy country with household wealth in excess of €800 billion. Taxing internal sources would be a more prudent and equitable way of generating funds, but this will not be part of the July Stimulus.

The upcoming stimulus will likely extend the Pandemic Unemployment Payment and the Temporary Wage Subsidy Scheme as well as formalising the SME Credit Guarantee Scheme, the Pandemic Stabilisation and Recovery Fund and a series of grants, rates waivers and tax rebates. Because their objective is to return businesses to profitability, the government will make money available to any company that loses 25% of their turnover, regardless of their current profits, past savings or future earnings potential. Our vision is different. We want to protect people’s standard of living, protect jobs and secure the viability of sole traders and micro-businesses with less than 10 employees.

For this reason, we advocate the following around the government stimulus programme

Ireland is at a crossroads. We can move forward to a more caring, equal and sustainable society or backwards into the neoliberal policy making that is causing so much damage to people’s lives and the environment. Over the last few months, the government has repeatedly insisted ‘we are all in this together’, but the reality is that decades of neoliberalism have created a deeply unequal society underpinned by vast private wealth and significant public poverty. The government stimulus package will not address any of these problems as it is designed to get back to business as normal, to increase the capacity of the private sector and get back to neoliberal policy making. Our aim is very different. We want to use the crisis as a springboard into a different set of policy priorities. The current crisis is shining a light on what is important in Irish society and posing questions about how we will organise the economy in the future.  In the short term, People Before Profit favour a major stimulus that hires workers for the public service, creates a living wage and protects employment through a new deal with micro-business. But over the coming period we must also move towards an entirely different way of organising society – one that puts people and the planet before profits and big business.