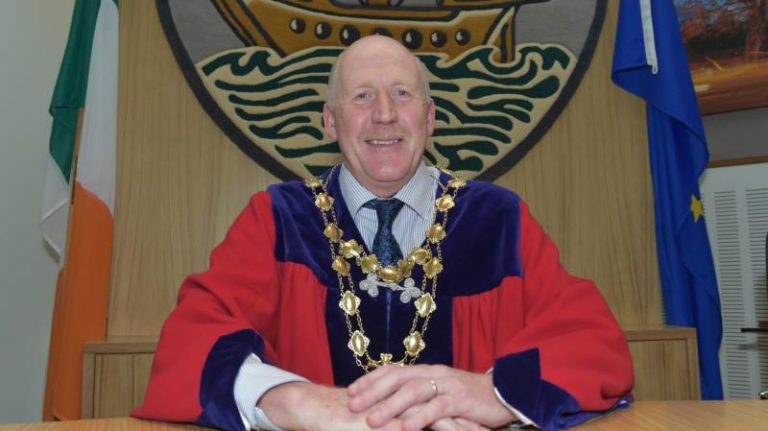 People Before Profit opposed the nomination of Noel Larkin due to a number of racist and classist stances held by the councillor, targeting Travellers, foreign nationals, council tenants and homeless people.

Larkin was quoted in the local media recently as saying: “Councils should be given the power to evict tenants – without court appearances and without having to supply alternative accommodation.” This call for councils to evict people into homelessness, without due process, during a pandemic and a housing crisis is the latest in a long line of disgusting racist and classist statements from the councillor. He has repeatedly attacked and scapegoated the Mincéir/Traveller community and opposed their right to housing. He hired a drone to fly over Traveller families’ homes and record footage. He has called for who he deems to be “problem tenants” to be put into Direct Provision centres. He called foreign people “Zulu tribes”. He stated that homeless rough sleepers choose to sleep on the streets and that they have “some inherent problem”. He accused migrants of freeloading on Ireland’s social welfare system and contributing nothing to the state.

People Before Profit Galway had campaigned on this issue for a number of weeks leading up to the vote. We raised awareness of the type of beliefs Larkin had been espousing and found there was widespread opposition in Galway to him becoming mayor. More than 1,500 people signed a petition rejecting Larkin. We were invited to speak on RTÉ Drivetime about our campaign. This campaign culminated on Friday in a protest organised by People Before Profit outside the mayoral vote.
The protest was well attended by a number of community groups including the Galway Traveller Movement, Galway Anti Racism Network and Amach LGBT, as well as young people involed in the Black Lives Matter movement in Galway.

On Friday, People Before Profit Galway’s campaign to stop Larkin from becoming mayor was successful. The councillors on the pact relented to mounting public pressure on them to oppose Larkin. Instead they nominated the incumbent independent mayor to remain on for a second term.

It was brilliant to see the people of Galway stand up against Noel Larkin’s hate-filled divisive rhetoric, and that their voices were heard.

There are still, however, questions to be answered by Labour, the Green Party and the Social Democrats. A year ago these parties entered into an agreement with Larkin, and several other right-wing independents, which included Larkin having a term as mayor. The councillors on the pact tried to justify voting for Larkin by saying the pact limits the influence of Fianna Fáil and Fine Gael on council committees and budgets. However, we have proved that it was possible all along for them to exclude Fianna Fáil and Fine Gael without making Larkin mayor – if the political will is there.

Despite talking about anti-racism, their words were once again betrayed by their actions. Undoubtedly, Larkin’s nomination for mayor would not have been in jeopardy had it not been for PBP’s work and the ensuing public backlash against Larkin and the pact. Time and again these parties have progressive sounding rhetoric to appeal to the left, but ultimately betray the working class. This is particularly relevant as on the day of the mayoral election, the Greens have once again sold the working class down the river by endorsing the programme for government, and Sinn Féin have nominated a racist and sexist in Paddy Holohan for mayor of South Dublin County Council.

The rejection of Cllr Larkin on this occasion also does not erase the issue of systemic anti-Traveller racism within Galway City Council. For example, in 2019, Galway City Council was one of only three councils in the state (along with Mayo and Laois County Councils) who did not even apply for Traveller accomodation funding. This is a disgraceful reflection on our political representatives, and further compounds the discriminatory treatment of the Travelling community which has led to more than 1,000 Traveller families living in unsafe, insecure or overcrowded conditions.

We all want the Covid-19 pandemic to end. But the Delta variant could lead to a fourth wave. And there could be more variants after

The climate crisis is here. We have witnessed severe floods in Germany and forest fires in the US. In Oregon, they have opened giant ‘cooling

Boris Johnson and the Tory government have announced their intention of granting an amnesty for all troubles related prosecutions. If implemented the policy would end

British Government plans to impose a “statute of limitations”, to cease prosecutions for incidents during the troubles, will slam the door to justice for those

Thousands of people have joined simultaneous demonstrations across Cuba to protest at the shortages of Covid-19 vaccines, economic deprivations and restrictions of civil liberties.  Store