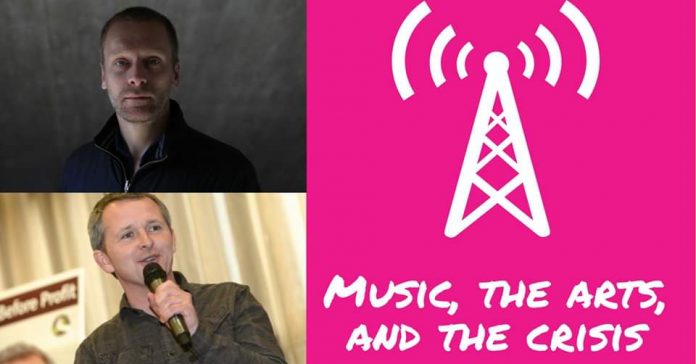 Right from the start of this crisis, we have seen the importance of music and the arts in times of suffering.

whether through Italians playing music for their neighbors from their balconies. The Projects in New York joining in a rousing course of “Juicy” by Biggy Smalls, or the live stream concerts performed by musicians up and down Ireland.

Join Richard Boyd Barrett in conversation with guitarist and producer Dave Randall who has played with major international artists, Faithless, Dido, and Sinead O’Connor as well as authoring the Book “Sound System – The Political Power of Music” (https://www.goodreads.com/book/show/31573515-sound-system) to ask the question, can music and the arts help to inspire a better society.

The meeting can be watched on Facebook at the following link: