There Should Be No Foodbanks Says People Before Profit 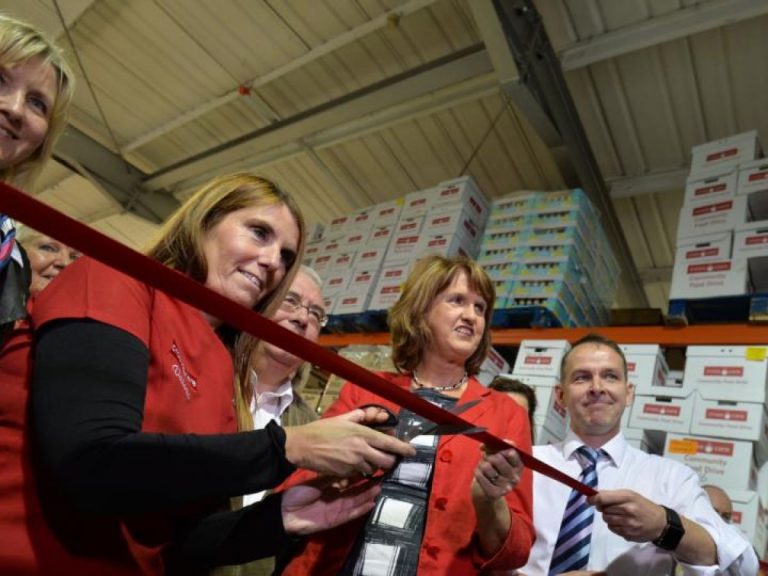 Recent revelations that Waterford Foodbank charges €25 for food hampers, has ignited a discussion regarding the role of free food and how it is handled.

There should be no foodbanks.  People should be looked after well enough by a wealthy state to ensure all basic needs are met.  Food insecurity should be banished from our society by adequately aiding those at risk.  The role of charities should be to address needs of those at risk in the most appropriate and accessible way.  Harping back to quasi-religious bestowal, still well embedded in Irish society, needs to be moved away from, and reaching out must be applied in an insightful and respectful manner, that in no way demands a cap in hand, beggar bowl mentality.

If people want to “Do Good” they need to study up on how to best deal with their target group and not duplicate others, who may be following traditional methods with little theoretic basis.  There has been much discussion regarding the use of waste food stock for the poor, from praise for utilising a valuable and needed asset, to criticism of Governments supporting multinationals disposal of waste by using the poor, in place of doing their duty and ensuring none fall into such poverty traps in the first place.

Regardless, most will agree that utilising food rather than disposing of it is a good thing.  Alleviating poverty though, and how this is approached, is another step and one that is often largely misunderstood by people who want to do good by their neighbour, who may have fallen on hard times.

Food insecurity can be complex in Ireland.  Most people think of their own experiences and will have many layers of security between them and ever having to worry about the week’s food.  Far too often we apply unreasonable terms and conditions to the poor instead of acknowledging real threats that could land people in a serious dilemma.  Charities that are responsible for addressing issues of poverty must be well-trained in the area in order to act responsibly and reach those who are in need.

Frequently commentary regarding the poor is in a highly judgmental fashion, as if they should be on the street “dirt poor” ahead of qualifying for support.  This sidesteps the reality for most falling into the poverty trap, which can be a gradual peeling back of layers of protection that most people possess.  Normal bills became insurmountable and can lead to deprivation in basic necessities such as food and electricity.  National surveys on poverty that point to groups at risk should be used by local charities rather than waiting for people to come forward and ask for food.  We know well who they are, others should be encouraged through a confidential process, by a trained individual.  There have been constant reports from people being judged by a volunteer.  The “Beggars can’t be choosers” element of charity needs to be stamped out.

Locally Una Dunphy, PBP spokesperson and ICTU representative on the Waterford Area Partnership, states the following: “Waterford Foodbank was set up under Waterford Area Partnership a number of years ago.  I was taken by the possibilities of such a project as a Social Inclusion project from the start and voiced my interest in being involved on many occasions.  As with many Board suggestions this was never taken up.  I argued that the hamper style should be developed as this was the same as another well-established charity and we should be doing better and having a better community approach.  Cards were being kept very close to management’s chest on this project.

I thought that, with the amount of food involved and teaming up with the food cloud, a Community Kitchen would be possible and training options as well as a City presence could be possible, bringing a number of social inclusion projects together with a FEED theme.  None of my suggestions were taken up.

We got a new CEO and problems were highlighted with the 2018 accounts, among them the Foodbank.  The Waterford Area Partnership charitable status was being used, but the committee members were outsiders who were not on the Board nor did they report to the Board.  This was to be fixed, accounts had to go through WAP books.  It was agreed that the new subcommittee would be from the Board.  Once again I highlighted my interest in being involved in this.  A new Foodbank Board was formed, again without any WAP input.  I voiced concern over charging for hampers as it was contrary to the responsibility on WAP for food delivery.  These decisions were being made by the Board and separate to WAP.

We are now on the 2019 accounts and similar problems remain, the CEO is now chair of the Board but it is still not a sub-committee of WAP and has not reported as a Board to WAP.  The criteria used to select recipients of food hampers is not clear nor are their accounts, Including a donation of €35,000 from West Pharma.

I do not think money is being pocketed, but nor do I consider things to be as they should be.  The fact that there has been zero accountability for getting this, and many other governance aspects of WAP so wrong, allows for this to continue.  I have reported to the Charities Regulator, certain aspects to the Gardai, to the Council and Pobal who all have responsibility to ensure that the €3 million per year that goes through WAP is correctly spent.

Cliques and cabals will keep Waterford a backwater; truth and transparency are urgently needed.”

As reports of hospitals breaching capacity, healthcare works being begged to come back to work, and appointment cancellations continue to emerge, PBP MLA Gerry Carroll

People Before Profit Waterford again reject the planning application for Gallwey’s Hill, Tramore. This site should be developed for the community as previously stated. Discussion