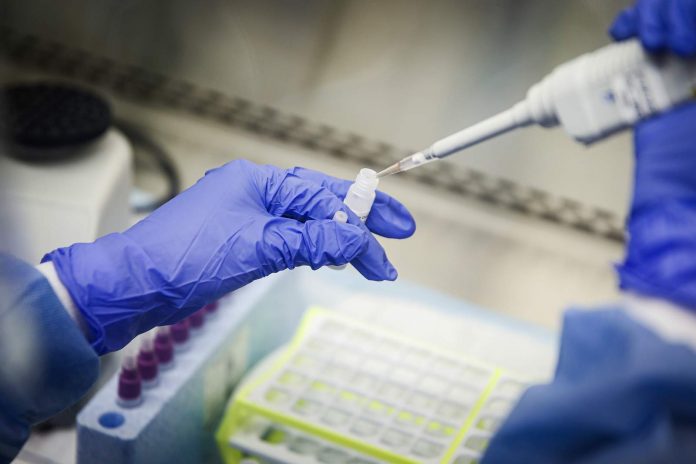 Leo Varadkar and Simon Harris have repeatedly told the public that they are following the South Korean model that has been highly successful in containing Covid-19. But this model is based on mass testing and average waits of 1-2 days for results. Rigorous contact tracing of anyone who has come into contact with the positive cases is then conducted. This means health officials can identify where clusters of the virus are appearing so that individuals can self-isolate and very localised areas can be shut off if necessary.

This is not what is happening in Ireland. In the South, 40,000 people have been waiting for tests – many of them for a week or longer. Many of these people have now been informed they will not get a test as criteria have been changed. In the North, the situation is even worse, with Chief Medical Officer Michael McBride warning yesterday that there are many thousands of cases of Covid-19 in the North that have not been detected.

The reason for the chaos is, partially, incompetence and lack of planning. The outbreak of Covid-19 was first identified in Wuhan in December and was global news by late January. Yet the health authorities did little to address their lack of capacity for testing.

In recent days, however, the German manufacturer, Bosch, has announced that it has developed a test for Covid-19 that can deliver a diagnosis in under 2.5 hours and does not need to be taken to a lab.

The device has been developed in collaboration with a Northern Irish medical manufacturer, Randox Laboratories.

Which raises an important question: what if we had a 32 county approach to tackling the virus based on public ownership? Randox could be taken under public control and instructed to produce tests at cost for the entire island.

The same is true of Southern company Assay Genie that plans to release a rapid testing kit soon – a test that will likely be sold an exorbitant price.

The tests being developed by Randox and Assay Genie are blood tests – used for rapid testing of patients showing symptoms in hospitals.

There also needs to be mass swab testing of those whose symptoms are not severe enough for hospitalisation or who have come into contact with the virus.

In order to do this we need to set up more testing centres. Once again, this could be done by instructing private laboratories like Genomics in Medicine Ireland to repurpose their laboratories in order to conduct the testing on a mass scale that is required.

These are the measures that the WHO are recommending wherever there is not adequate testing capacity. We ought to follow their advice.

In the current emergency, no private firm making ventilators, testing equipment or PPE should be allowed to profit from the crisis.

Their facilities should be in public ownership so that all the resources of society can be mobilised to fight the disease.

We deserve nothing less.