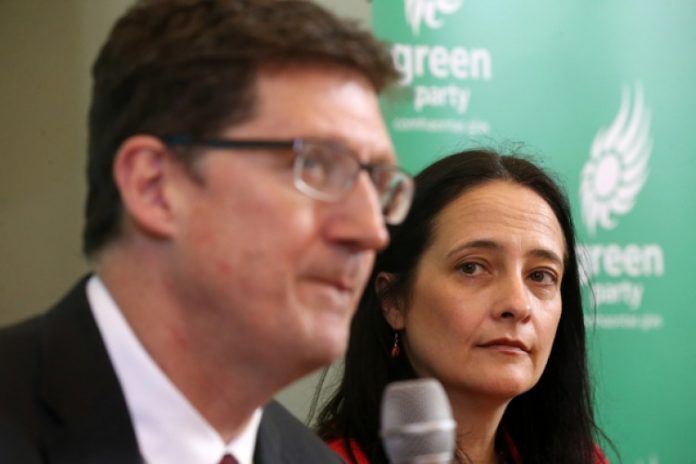 Tensions are rising in the Green Party as councilors and more than 60 members have urged Catherine Martin to run for leadership.

The current leader, Eamonn Ryan, was part of a previous government with Fianna Fail and supported the bail out of banks and cut-backs on public transport.

Many Green Party members think that he would be a push-over in any deal with Fianna Fail and Fine Gael.

Catherine Martin is a more ambiguous figure. She voted against entering talks with Fianna Fail and Fine Gael but has subsequently played a key role in negotiations. According to media sources she is playing a ‘constructive role’.

The reality, however, is that no matter who leads the Greens the key issue is whether they join the righty wing parties in coalition. Some Greens think that the economic recession that is set to follow Covid-19 will create favourable conditions to help the environment.

But they are wrong on two counts.

First, the class basis of FG and FF is to support the most privileged in Irish society. Neither of them will take private hospitals into public ownership to solve a looming health crisis. They will not tackle BIG Pharma to ensure that vaccine and testing equipment is made available to the population. They will inevitably attack the living conditions of working people.

Second, both parties are wedded to support the beef and dairy barons. They think that an expansion of global exports will help bolster Irish capitalism. But unless, there is a radical re-orientation of Irish agriculture – which will include major support of small farmers – Ireland will continue to be an environmental laggard.

Green Party members should first ensure their party stays out of coalition – and then choose whatever leader they want.