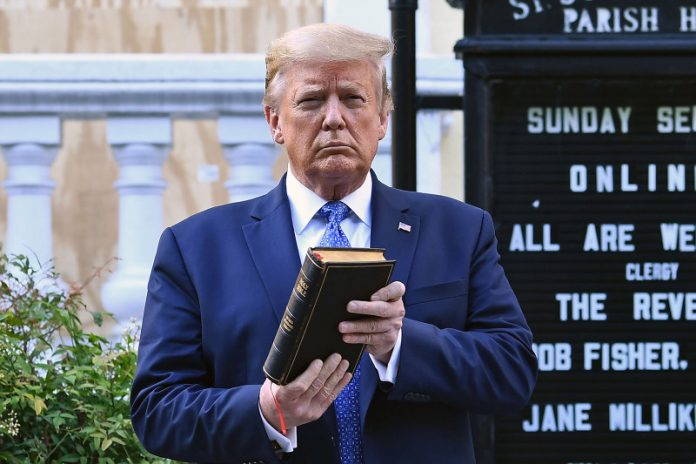 Last night Donald Trump came out of his bunker in the White House to walk across the street to St John’s Church where he was pictured holding up a bible. Police cleared the way for him by attacking demonstrators.

It was a symbolic move  designed to show that a new era of repression is coming.  Trump is sending in the military to crush to protest movement. By coincidence, on the other side of the world the Chinese regime  is also cracking down on protest. Our rulers want to frighten and intimidate us off the streets.

But they will not easily squash the uprising that is underway in the US. In many cities, thousands are coming out and risking arrest to defy the curfew. They know that there is no justice as long as a racist police force is allowed to terrorise the streets.

Here in Ireland we need to give full solidarity to those standing up for justice. Next Saturday there will be socially distanced protests at many different locations. Here are some: