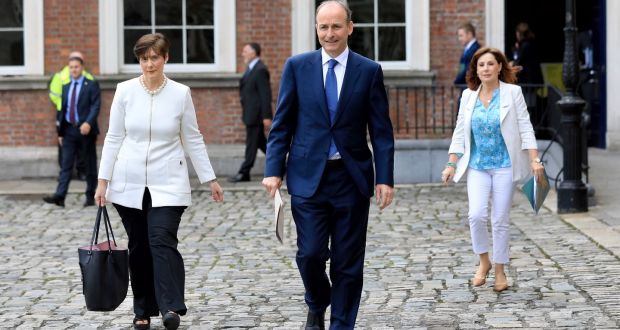 Before Christmas an Independent Review and Comparative Analysis focused on schools and COVID-19 showed that “the risks transmission is relatively high in schools even with current mitigation strategies in place.” It said

“In consideration of the existing data in relation to clusters and outbreaks, it would appear that the risk of contracting or transmitting Covid-19 in schools is deemed high.”

And that was before the current surge in numbers. So while the rest of society is being told to close down the government is trying to force teachers and Special Needs Assistants (SNAs) back to school. While the level of risk has escalated across society the government wants to bully teachers and SNAs.

Teachers, principals and SNAs have no confidence in this government which produced a so-called plan to reopen schools without any real consultation or input from those on the frontline. They have no confidence in a government which refuses to seriously invest in schools and which treated teachers and principals with contempt, in the period before Christmas, by forcing schools, with high case number, to stay open.

There are concerns about vulnerable and high-risk staff, about childcare, about transport and about the testing and tracing system – but most of all there is concern about the high level of risk. These workers are not convinced that they, or their pupils, will be safe.

The ASTI showed the power of saying NO when it instructed teacher not to return to teach Leaving Certificate classes. And teachers and SNAs are also learning that without them, no government plan can work. Their union leaders – committed as ever to social partnership and ‘we are all in this together’ – don’t understand this. Clearly they cut a deal with the government. Last Friday the INTO website said

“Following another constructive meeting with officials in the Department of Education today, we have secured clarity for our members on a host of issues from transport to childcare to updated public health advice. INTO had appealed to the department to issue this guidance earlier today and we are disappointed that it has issued so late on a Friday evening.”

Now they have been forced to retreat. On Sunday over 3000 INTO members met online at a Voice for Teachers/Glór meeting. They organised to bombard their Executive with emails which led to the union saying it could not agree to the reopening next Thursday. Another meeting of 1000 teachers took place on Tuesday to support a directive being issued to tell teacher not to cooperate.

On Monday the government held a webinar to assure SNAs and teachers that schools were safe. 16,000 workers attended and as RTE said “As the meeting went on, highly negative comments were made by those who were listening, reflecting the level of anxiety and anger that is being felt by many teachers, SNAs and others involved in special education.” The workers were not persuaded and Fórsa will not back the schools reopening now.

Union members are finally finding their voice and learning to say NO. They are learning that they are the union. And officials and executives need to be told what to do and to follow the lead given by those on the frontline. Union officials don’t have to go and work in unsafe schools so why should teachers and SNAs. Our union leaders are so wedded to social partnerships that they will almost do anything to cut a deal and avoid conflict, even if it puts workers at risk. They can be no return to school until COVID-19 cases have dropped considerably.

Union members are being asked to vote on a pay deal which gives them 1% next year. They should use their voice to say NO to this too and demand that workers, particularly those on the frontline, get properly rewarded for the work they have done in the last year. Now that they have found their voice they need to keep using it.

The announcement that a level 5 lockdown could be extended until late April or May has highlighted the huge pressures on people. To alleviate this,

1 Year On From A Historic General Election – Socialists Have Held this Government To Account.

We are now 1 year on from a historic general election, which saw the biggest shift to the left amongst voters in the history of

Restore The Pension Age To 65

Heather Humphreys announcement that those over 65 will not have to sign on for Job Seekers Alliance is a concession to widespread anger.  But there

Do You Want A Fianna Fail-Sinn Fein Coalition?

17 out of 19 Fianna Fail TDs contacted by the Irish Times say they are open to coalition talks with Sinn Fein after next election.

Thousands of workers who are still on the new Wage Subsidy could face a huge pay cut this week. That is because the government are