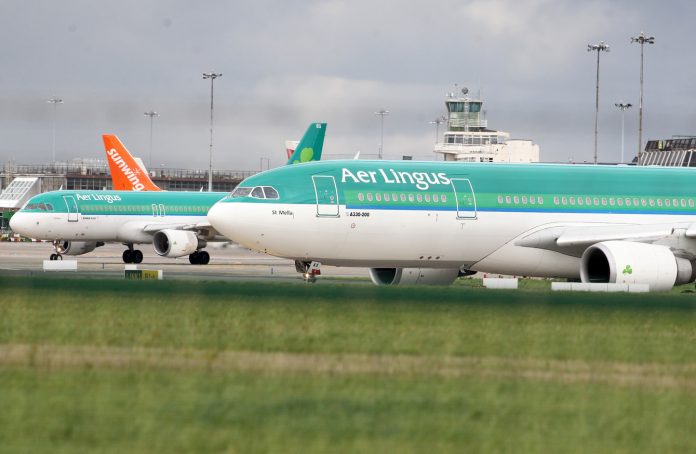 Aer Lingus is embarking on a strategy that will impoverish its workforce.  Pay cuts of 70% of income are planned as well as major changes in conditions.

It began when Aer Lingus announced that they would unilaterally implement a productivity plan that was still under negotiation with the union.  This included a reduction in cabin crew staff from 5 to 4 on the new A321 NEO aircraft and the removal of a senior position on the A330 fleet. The staff were also to take on more work in marshalling passengers entering  the planes – work traditionally undertaken by ground staff. It was also suggested that efficiency in rosters may be sought in the future.

Naturally enough workers were deeply unhappy with these moves and called for a ballot in their unions. The Aer Lingus CEO, Sean Doyle, then announced that if the measures were not agreed to by  6pm on Friday the 12th of June, he would go ahead with further pay cuts. Forsa, however, resisted such blackmail and have conducted a ballot of their members, the result of which will be known next week. Initially, SIPTU stated they would not ballot but after they heard that the pilots’ union were given more time to ballot, they said that management’s approach was unacceptable.

At 6.30 on the  day of his stated deadline, the CEO of Aer Lingus went one step further and announced the pay cut of 70%. Effectively, the state is now paying the bulk of workers’ salaries with Aer Lingus topping up the Covid payment by between 9 and 10%. Some workers, however, at the company are not even eligible for the Covid payment.

Aer Lingus and its parent company, IAG, are wealthy entities who are using the Covid  crisis to radically alter workers conditions. Aer Lingus has reserves of €900 million and made profits of €276 million in 2019 and €305  million in 2018. The parent company, IAG, made profits of €3 billion in 2019 and has reserves of €10 billion. Even as it is attacking its own workforce, it is trying to buy another airline, Aer Europa, for €850 million.

On top of that Aer Lingus has benefited from government payments for frequent cargo flights to China to get PPE equipment.

What  workers are facing is insatiable greed.  Even though they have co-operated with the company in the past, they have not been given any share of the profits they generated from their efforts. In 2010, for example, workers accepted a Greenfield agreement which involved pay cuts, lay offs and extra productivity. But when the company started to make big profits, workers never got a share.

Today, Aer Lingus is even telling workers who get 50% pay that if they don’t work the full 50% it will be considered an overpayment and recouped at the end of the agreement.

What is happening in Aer Lingus should serve as a warning to all workers. Employers are getting ready to use the Covid-19 crisis to decisively change wages and conditions. The CEO of Aer Lingus has stated that the new measures will stay in force until February 2022 regardless of when the operation returns to 100%. Given previous experiences it is likely these cuts will become permanent.

Workers at Aer Lingus need the protection of the Irish state. We need a law that forbids  companies who have accepted the Covid-19 payment from imposing wage cuts. Aer Lingus must be told to share the wealth to protect jobs. If they fail to do this, then the state must exercise the option of re-nationalising the company.