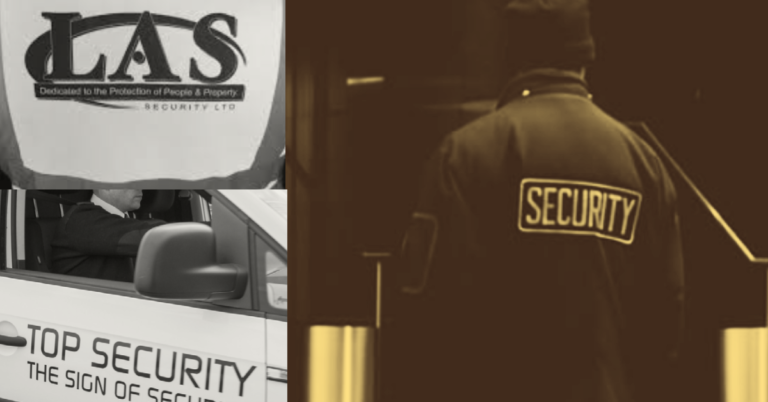 This month three security companies brought a challenge in the High Court against the Security Industry ERO regulating pay and conditions. They are LAS Security, Top Security, and Morbury. This was after a renewed ERO was already agreed and was waiting to be signed off on on Minister Damien English’s desk.

Employers want to challenge the EROs which set higher than minimum employment standards. Their hope is that the High Court will say that their ERO is unconstitutional so that the wages and conditions can legally be lowered on their employees and weaken protections that trade unions have built up.

The High Court decided to examine the challenge this month, so they wrote an injunction to stop the agreed new version of the ERO from coming into force as a recent parliamentary question from Paul Murphy clarified. The improvements due to the workers are now on hold, and depending on the High Court decision. The improvements however modest may not be enacted for months.

This last minute challenge by employers who are already squeezing their workers means the workers are stuck with the previous terms and conditions which everyone agreed were less than acceptable. And the Employment Regulation Order system is once again on trial.

The minimum terms for security operative staff need to improve now in order to counter the rising costs of housing, lowering of standards and access to services. Let’s not ignore the return of inflation and rising electricity costs. This hold by the High Court on very basic and long-awaited necessary improvements makes workers’ lives less predictable and more difficult to live. The objective of the owners’ challenge is of course not to protect the employer’s rights but to chance their workers’ arms to help them as security company owners build bigger profits. Profits which workers like these pay for with slow ‘invisible’ cuts as costs rise and wages go down in real terms.

There are good guys and bad guys in this story. Bosses and workers will always fight over terms and conditions and who’s in charge of setting them. The way we push back as workers no matter what our job is by taking action in our trade unions and telling your fellow trade union members that the law isn’t enough. The law isn’t blind and won’t always be on your equally on your side and neither will the courts.

Remember this: at this moment when there is doubt in the High Court, it has sided with the employers (the powerful) not unions or employees. Workers may get their ERO approved in the end and they may get some of the agreed improvements but People Before Profit believes workers deserve much much more.

Government, courts, and the law: on whose side?

Government changes things for working people when it becomes inevitable that we will change them ourselves.

Think of the water charges and Repeal and Marriage Equality. People lead on these things. Ask anyone about data centres right now or Debenhams last year and you will hear government meeting with and protecting company owners/ corporations and while telling working people to stand in the cold and come in to be sacrificed.

We absolutely support the security staff in getting better terms and conditions. And whether the court finds in favour of keeping this ERO or not, SIPTU and their members working as security staff need to keep recruiting and organising in security and keeping an eye on building power for workers.

Squid Game has been a runaway hit on Netflix. The setting is a horrible Hunger Games-like television show in a class-divided near-future capitalist South Korea. Impoverished