SDLP Red Bus An Insult To Households Hit By Hardship 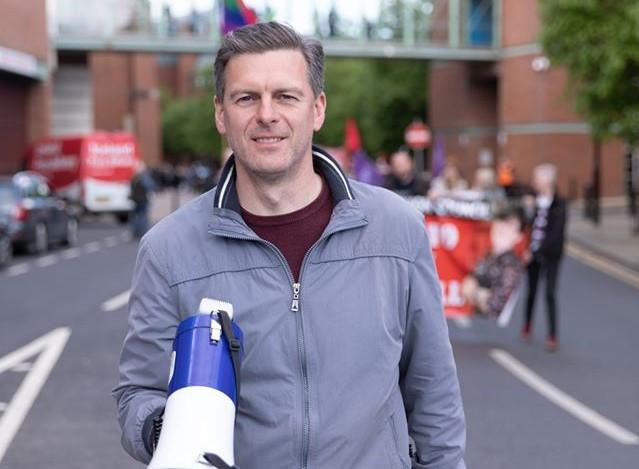 “The SDLP’s red bus promises to protect us from the cost of living crisis. The hypocrisy is brazen. It’s an insult to households hit by hardship.

When it comes to standing up for people amidst a cost of living crisis, it’s been a year of missed opportunities to take action by the SDLP and their Executive colleagues.

This was a callous act and sums up the contempt the political establishment has treated workers with for more than a decade.

Gone are the claps – we’re back to slaps for essential workers.

Translink bus drivers, teachers, classroom assistants, Council workers, and workers across the public, private and community sectors have been treated with the same year on year pay cut contempt.

Workers pay is far from the only example where the SDLP decided business as usual was was good enough. Along with their Executive partners they rejected calls to declare a hardship emergency well before the DUP recklessly collapsed the Executive.

They voted against a cut to private rent costs and blocked a proposal at Council to establish an emergency hardship fund using £3 million unspent Covid funding.

But slashing taxes on profitable corporations the like of Moy Park, Capita, P&O Ferries and a welter of big energy companies is still more of a priority for the SDLP and the Executive parties.

Runaway inequality benefiting elites didn’t just happen. It’s been facilitated by the SDLP and the rest of the Executive over the last twenty years through stealth privatisation, wage cuts and suppression.of workers rights.

People Before Profit represent a real alternative to parties who’ve propped-up a system rigged in favour of elites, corporations and the politically connected. Send the message on May 5 you’ve had enough.”