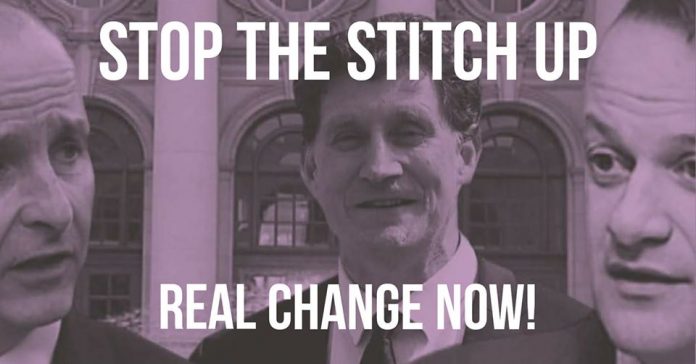 This Saturday, the government parties have booked the Convention Centre for a special sitting of the Dáil, where they’ll attempt to elect Micheál Martin as Taoiseach at the head of an FF-FG-Green Coalition.

This government and its programme are not the change that people voted for. It’s a stitch up, to return Fine Gael and Fianna Fáil to power, to save the old establishment.

The programme for government fails to deliver on numerous issues – on housing, health, climate action, workers rights and childcare, to name a few.

What’s worse, is that faced with another deep recession, the parties involved have committed to following recommendations made by the Irish Fiscal Advisory Council which would involve austerity near or at the scale of what was implemented during the last crisis.

Stop the Stitch Up are a coalition of activist groups, political parties and organised workers – we want to lay down a marker to the new government, to show them that the fight for change will continue on the streets and in our workplaces and that we will not pay the price of saving their system again!

Join us for a socially-distanced gathering at the Convention Centre this Saturday at 12pm!

A limited supply of face masks will be available but please bring your own if you have them.