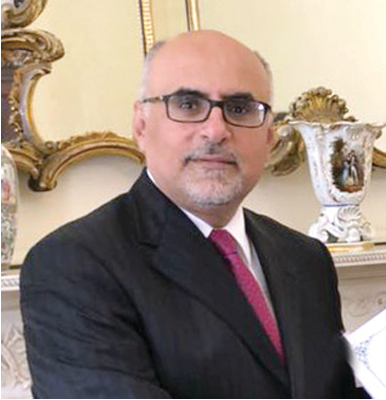 People Before Profit TD Richard Boyd Barrett will at Topical Issues today in the Dáil call for the Irish government to expel the Saudi Arabian ambassador to Ireland because of the murder of Washington Post journalist Jamal Khashoggi and for the Saudi waging of war in Yemen.

The Dún Laoghaire TD will point out that the Irish government were very quick to act on expelling Russian diplomats following the Salisbury attack yet no Saudi diplomats or the ambassador have been asked to leave following the horrific murder of Jamal Khashoggi and the humanitarian crisis, in Yemen, in which the US and UK backed Saudi regime is deeply implicated.

Deputy Boyd Barrett will also seek assurances that no government officials will attend the upcoming International Investment Conference in Riyadh on October 23-25.

“I am calling on the Irish government to expel the Saudi ambassador to Ireland because of the murder of Jamal Khashoggi and the vile war that they are imposing on the people of Yemen.

“The blatant murder of Jamal Khashoggi, a journalist, by the Saudi regime in their embassy in Turkey is an absolute outrage and must be condemned outright by the Irish government.

“It is shocking that our government have been completely silent on this matter whilst after the attack in Salisbury we threw out Russian diplomats.

“Simon Coveney, said ‘the attack in Salisbury was not just an attack against the United Kingdom, but an affront to the international rules-based system on which we all depend for our security and wellbeing.” Surely the murder of Mr Khashoggi is an attack on the basic freedom of expression and the idea of a free press?

“Mohammed bin Salman, the leader of Saudi Arabia, has launched a war in Yemen that has killed thousands and now threatens a famine that might affect up to 13 million people. He has deliberately targeted civilians, murdering 40 children when one of his bombs hit a school bus.

“Yet this brute has the backing of the US and Britain. Both these countries are supplying him with weapons and helping co-ordinate his air war in Yemen.

“The reason why Varadkar and Coveney are doing nothing about the war in Yemen or Khashoggi’s murder is that they also see themselves as part of the Anglo-American camp.

“And so they stay silent on the murderous activities of the Saudi regime.”