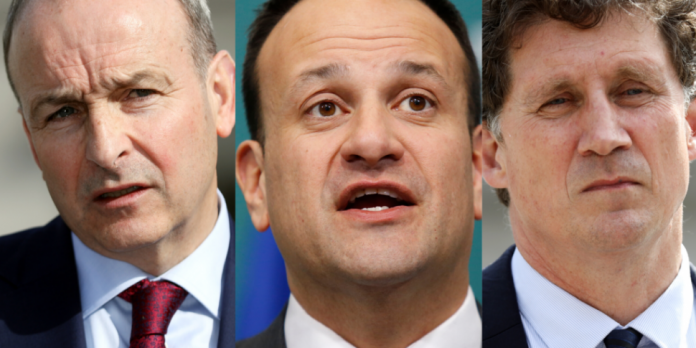 Thus even at the end of five year we may still not have reached a Living Wage. Ireland will still have high levels of low pay. We are currently third highest in the OECD.

On the next page it says:

employment are valued. We will be guided by the recommendations of the Low Pay Commission with regard to any future changes in the minimum wage.”

To date this body has not seen fit to recommend a Living Wage. For Ireland the living wage rate for a single adult was estimated at €12.30 per hour in 2019, 22% more than the Minimum Wage. Due to the high cost of housing a recent Eurofound report estimated that the living wage rate for a single adult in Dublin would be €14.45 per hour, while for a single adult with one child this would climb to €17.15. This suggests that a rate of €12.30 would leave workers struggling to meet living costs especially in Dublin. This is why workers need a Living Wage of €15 an hour now.

The answer to the question here is a simple NO. We know this already. We have already had the review. It’s called the Duffy Cahill Report and was conducted in 2016 after the Clerys closure. There is already a Sinn Fein bill which addresses the issue which fell at the dissolution of the Dail. So why another review?

“As the economy recovers and employment grows, request the Commission on Welfare and

A persistent problem here is that employers pay very low rates of PRSI compared to comparator countries. Payments here are about 49% of the average. But employee PRSI is 98% of the average. So why seek to increase PRSI rates for both. The intention to do so was confirmed by the Irish Times of June 17th. The social wage needs to be increased but employers should be paying more to fund it.

“We will utilise taxation measures, as well as expenditure measures, to close the deficit and fund public services if required. In doing so, we will focus any tax rises on those taxes which tax behaviours with negative externalities such as carbon tax, sugar tax, plastics, etc.” These taxes will impact most on working people and the poor and like all consumption based taxes are inequitable. There are no substantial proposals to tax wealth or profits.

The commitment is to “Protect core weekly social welfare rates” and “improve jobseeker supports for people aged under 24 over the lifetime of the Government”.

In light of Covid 19 these need to be increased with the €350 as a benchmark for all Jobseekers  including those under 24.

Current rates leave many workers in poverty when they are made unemployed. The following table shows how far below the poverty line current payments are.