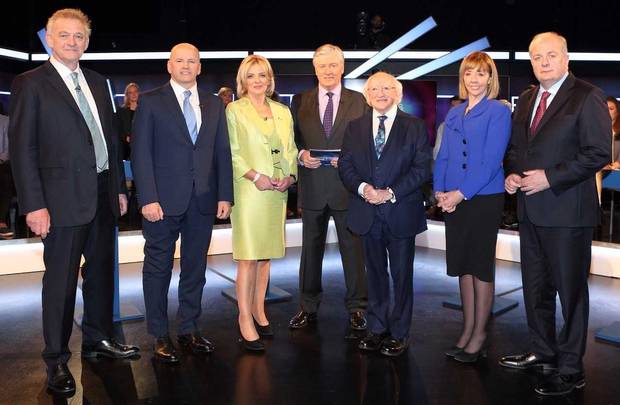 People Before Profit acknowledges the achievement of Michael D Higgins in winning a second term as President. However, the Presidential campaign and its result is no cause for celebration, quite the contrary.

Overall it was a dismal campaign with an appallingly low level of political debate. There was a striking failure of any of the candidates or the media to address seriously any of the main issues facing Irish society or Ireland’s role in the world.

There was virtually no debate on the housing and homelessness crisis, the health crisis, education, poverty and inequality, separation of church and state, Brexit, the rise of the far right internationally or the threat of catastrophic climate change. Neither the candidates nor the media presenters raised these issues . This was shameful and was reflected in the very low turnout – the lowest ever.

Then there is the disturbing result achieved by Peter Casey. The simple and unpleasant fact is that Casey’s vote rocketed from a well merited 1% and last place to 20+% and second place on the basis of his attack on Travellers.

This was a cynical and disgraceful move by a multi-millionaire businessman to attract support by trading on and stirring up prejudice against the most disadvantaged and marginalised community in Irish society. It has caused major hurt and dismay among Travellers confirming their sense of isolation and discrimination. As always in such circumstances People Before Profit is proud to proclaim its solidarity with the Traveller Community and its total opposition to all racism and scapegoating.

Some points need to be made here:

“We should be concerned about a multi-millionaire using racism and class prejudice  to woo the protest vote, especially where a deeply ingrained racism towards the Traveller population is concerned. Casualisation of anti-Traveller sentiment over decades has allowed a tax-avoiding multi-millionaire to deflect attention away from government austerity and increasing privatisation.”

We must therefore redouble our efforts to combat racism in general and specifically to tackle racism against Travellers.

As Memet Uludag, Convenor of United Against Racism says ‘We must stand should to shoulder with our Traveller sisters and brothers’.

At the same time we must ensure that the Fine Gael/Fianna Fail political establishment are challenged  from the left and by People Power on the basis of unity and solidarity not division and scapegoating.