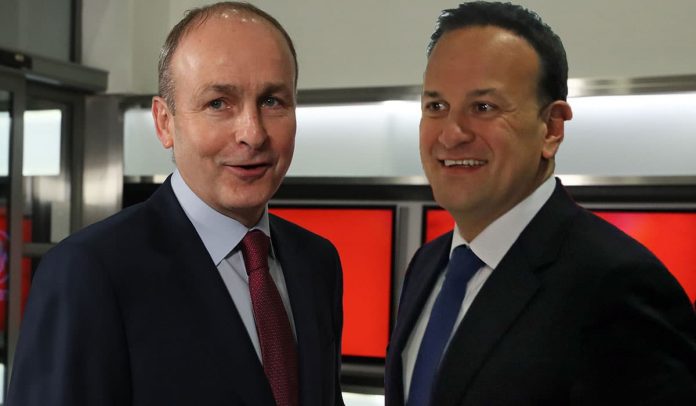 ‘Back me to shut Sinn Féin out, Martin urges Fine Gael’. This is what the headline in the Irish Independent screams. The establishment is terrified of a minority left government and they want one run by some combination of Fianna Fáil, Fine Gael and the Greens.

The two right wing parties think they are born to rule. They regard politics as a game to see which gets to select a Taoiseach.

We need to give them a rude awakening by coming out in large numbers onto the streets to stop them. Ireland is changing – and they will have to lump it.

The Greens should put an end to this manoeuvre by saying they will refuse to join any stitch up with Fianna Fáil and Fine Gael.

And there is no point Sinn Féin talking about persuading Fianna Fáil to accept a ‘change agenda’.

Fianna Fáil are supporters of big business and property speculators. They want back in power to get on a gravy train again.

Let’s unite to drive out Fianna Fáil and Fine Gael.