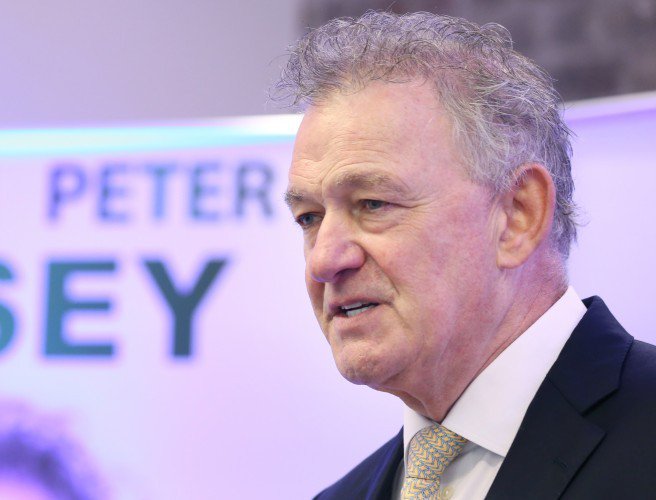 Peter Casey is a disgraceful candidate for Presidency. The office is largely ceremonial but this bigot fancies himself as an Irish version of Donald Trump.

The technique is almost exactly the same. He parades himself as a successful capitalist but then tries to deflect anger onto minorities.

He is denying that Irish Travellers have a distinct ethnic identity and the right to culturally appropriate accommodation. The aim is to legitimise hate -in the hope of getting a few more votes.

Like a mini Trump, he pretends that Travellers are somehow privileged by the state – when in fact it is the rich who are being pampered.

The harsh reality is that travelers rights are under attack.

In 2007, for example, €27 million was allocated for traveler accommodation but this was cut in the following six years by 90%.

Local councillors and county managers are, in many cases, refusing to provide land or make provision for Part 8 developments. They are refusing to draw down the money.

Clare County Council for example has drawn down no money for the past two years.  It has been allocated €369,200 and has 12 Traveller families living by the side of the road and 12 in overcrowded conditions, according to department figures.

South Dublin, failed to draw down any funding for Traveller accommodation, despite receiving an allocation of over €1 million.

Other local authorities also have questions to answer. Galway County Council failed to draw down any of the €625,000 allocated to it.

Cork City only recouped a paltry €97,000 of the €1.1m allocated to it and Meath County Council only spent €5,570 of the €129,000 fund that was allocated to it.
The number of Traveller families living on unauthorised sites – usually without running water or a secure electricity supply – or in overcrowded conditions continues to increase. The latest data for 2016 show there were 1,499 families in such conditions.

When Casey tries some more cheap racist rhetoric, remember what the real story.