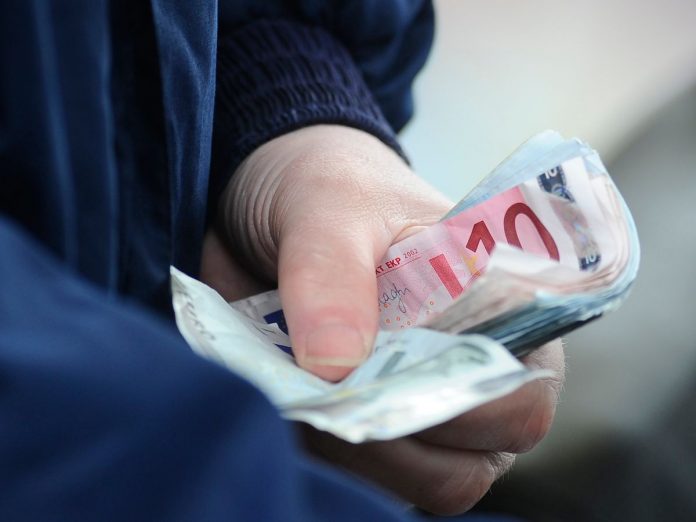 Over 66s, under 18s, workers in the gig economy and recently arrived foreign language students being particularly hit

People Before Profit TD Richard Boyd Barrett has said that he is greatly concerned about anomalies, which have been reported to him, around the Covid-19 unemployment payment, where people who have lost their incomes due to the crisis and are being denied the payment.

Deputy Boyd Barrett particularly pointed out the over 66s, the under 18s, workers in the gig economy and recently arrived foreign language students as being unfairly denied the payment.

Richard Boyd Barrett said: “The treatment of workers and self employed over 66, is completely unfair. Many people over the age of 66 have not yet retired and were still employed or running a business at the point where this crisis hit. The cost of living and rents in this country are such that living off the state pension is becoming increasingly difficult for many. The people in this position have the same expenses to cover as those in the under 66 bracket, yet the government have decided that those over the age of 66 who have lost their income do not qualify for the higher payment of €350 and must make do with the state pension of around €250. These people have worked all their lives and feel that they have been put in the scrap heap by the government.  It is particularly ironic that this cohort of people are being denied the payment when just before the crisis hit, the government were planning to go ahead with the plan to increase the pension age to 67 and then 68.”Many of those working in the gig economy are also being treated very unfairly and falling through the Covid – 19 social welfare cracks.  The rules state that you must have lost your employment on or after the 13th of March, but for some self – employed and/or working in the gig economy it is not as simple as this. If your work schedule is erratic or less regular than an average 9 – 5 worker then you may not have had any work scheduled in the days before March 13th and find yourself not qualified for the payment even though your work has stopped completely as a direct result of the crisis.”
Certain students and under 18’s is another group that find themselves locked out of the payment even though some of them were in employment prior to the crisis. The rules state that if you are a student and had been working part – time then you are entitled to the payment, however those who were on unpaid work placements when the crisis hit as a fundamental part of their course are being refused the payment even though they worked part – time prior to this placement. Also, under 18’s who were working to support themselves do not qualify for the payment either. English language student arriving in Ireland just before the crisis hit but had not yet taken up their employment are also locked out of the system and are in very tricky situations with no income.
People who have left work as they have to stay home to care for a sick relative or their children can apply for the payment, but these cases are to be decided on a case by case basis, making it uncertain whether they will qualify of not.
Richard Boyd Barrett TD added: ‘’These injustices and anomalies must be addressed immediately by the government. All those who have lost their incomes as a result of the pandemic should be entitled the enhanced payment of €350 a week.
“We would like to see the government amend the rules to take in the anomalies and allow the department of Social Welfare to look at some of the more complex cases on a case by case basis to ensure that nobody who has lost their income as a result of this crisis gets left behind. Some other groups have been taken in to the net that initially did not qualify such as those on a widows’ pension and some of those who were forced to stay at home due to lack of childcare or self – isolation issues, we need the government to look again at the rules as there are still people falling in- between the cracks.’’
Join People Before Profit