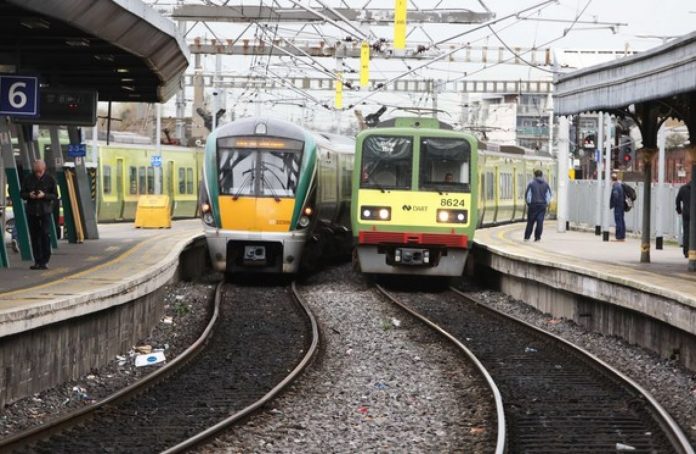 He said that this announcement is a victory for disability campaigners, whom Deputy Boyd Barrett has campaigned alongside to achieve the required investment in DART lift infrastructure to move towards equality of access on public transport.

The Dún Laoghaire TD said that he was pleased that a number of DART stations in his constituency have received the green light for investment but stressed that there was more to be done in order to ensure equality of access for people living with disabilities.

Deputy Boyd Barrett has worked closely with campaigners Bernard Mulvany and Sean O’Kelly who spearheaded the Access for All campaign, as the impact of out of service lifts has particularly impacted on the Dún Laoghaire constituency with its 10 Dart Stations. Deputy Boyd Barrett has also repeatedly asked questions and raised the issue in the Dáil on behalf of the Access for All campaign.

He said: “This announcement of investment of €3.3 million is long overdue in order to fix many of the lifts along the DART line which have been notoriously unreliable, and in many ways, an infringement to the rights of people living with disabilities, who have not been provided with the equality of access that able bodied people take for granted.

“In my constituency we have fought a campaign, alongside disability campaigners, for over four years to have the lifts upgraded in our DART stations. I am particularly pleased to see that there will be substantial investment in the Dún Laoghaire station and that there will be investment at Salthill/ Monkstown, but I would also point out that investment is needed all along the DART line. Killiney, Dalkey, Sandycove & Glasthlue, Booterstown and Blackrock all need investment in their lifts which remain unreliable.”

Bernard Mulvany, coordinator of the Access for All Campaign and People Before Profit representative for Dublin Bay North, hailed this as a significant victory.

He said: “This shows grassroots campaigns can win local services for people that can make all the difference to their lives. They have finally moved to implement what they should have done two years ago when our campaign started.

“We have had huge support for our campaign from the disabled community, transport workers and the communities of Clontarf, Killester, Malahide. We now need to ensure that Irish Rail employs security staff on the platform, on full permanent contracts, to ensure that the lifts are protected around the clock so that people living with disabilities are reassured that they can use the service.”

Access for All and People Before Profit will continue to monitor progress on these commitments.