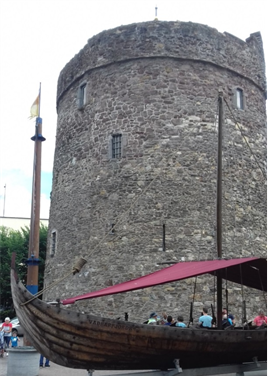 People Before Profit Waterford welcome the Waterford City and County Council draft consultation plan to develop and manage the Viking Woodstown site at Carriganore, discovered in 2003 during preliminary works along the planned route of the city bypass, 4km. upstream from Waterford City centre, and beside the Waterford Greenway.

At the time, says Úna Dunphy of PBP, and based on an exploratory dig of 5% of the site, which produced many artefacts, there was an immediate recognition that this was a significant discovery of huge importance in terms of Ireland’s Viking archaeology.

Experts from Ireland, Scandinavia and across the globe quickly acknowledged that this was the most important Viking site discovered in Europe in the last 100 years, and referred to it as Ireland’s Pompeii.  Early signs were that it may have been the original town of Waterford.

The ‘Save Viking Woodstown Campaign’, including members of People Before Profit, local activists, and trade unionists immediately organised a series of local and hugely popular public meetings with well-known experts on Viking history from Universities around the country, as well as experts from historic Viking York, in the UK.

Local educational field trips to the Carriganore site were also organised, and a fact finding visit to the famous Viking museum and research centre at Roskilde, in Denmark, was undertaken by the committee.