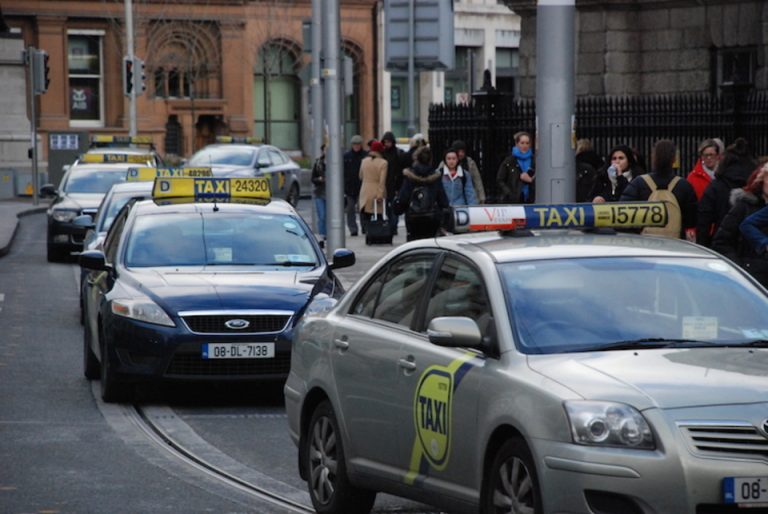 People Before Profit TD slams Government for ignoring “dire plight of taxi drivers”, repeats call for income subsidy and grants and urges support for national protest at Dáil on Tuesday

In a statement, Richard Boyd Barrett TD, for People Before Profit condemned the government for “ignoring the dire plight of more than 20,000 taxi drivers across the country, who have seen their livelihoods decimated since the onset of the Covid-19 pandemic.”

Deputy Boyd Barrett who has repeatedly raised the plight of taxi drivers and workers in arts, music and entertainment in the Dáil since their industries collapsed in March and secured a hearing for the Taxi and Arts/Entertainment representative groups at the special Oireachtas Covid Committee in July, said “the government’s refusal to respond to the appeals of taxi drivers for assistance has given them no choice but to take to the streets in a major National Demonstration to the Dáil this Tuesday Sept 15th.”

Deputy Boyd Barrett said Transport Minister, Eamon Ryan’s recent suggestion that Taxi drivers might be denied access to Bus lanes and Quality Bus Corridors (QBC’s) was “a disgrace” and amounted to “kicking Taxi drivers when they are down.”

Deputy Boyd Barrett reiterated the call he has made repeatedly in the Dáil over recent months for the government to “respect the key and unique role of taxi drivers in the public transport system” and to provide “a living income subsidy and grant support for taxi drivers to enable them to survive, until the industry fully recovers.”

Deputy Boyd Barrett said “Taxi drivers are now caught between the devil and the deep blue sea, as those who have not returned to work yet will see their PUP payments cut on Sept 17th but if they return to work they lose all that payment but will be unable to earn anything close to a living income because of the collapse of work available.”

Deputy Boyd Barrett also indicated his support for the taxi drivers calls for a moratorium on the issuing of further taxi licences, an extension of the 10 year rule on vehicles to 12 years, a licence buy back scheme for drivers wishing to exit the industry and the establishment of a National Transport Forum with proper representation of taxi drivers.

“The taxi drivers have no choice but to take to the streets and make their demands in large numbers at the Dáil this Tuesday. I urge the public to support them.

“Working with the four major taxi representative groups, I have repeatedly raised the Taxi drivers plight with both the former and present Taoiseach and Ministers since the pandemic devastated their industry, but government have just ignored them.

“I secured a hearing for the taxi representative groups at the Covid committee in July where they set out their dire plight, the collapse in their industry, the on-going costs they still have to pay and there was a lot of tea and sympathy from government TD’s but zero actual support has followed.

“Eamon Ryan’s threat to remove Taxis from bus lanes is a despicable kick in the teeth and shows there is simply no recognition on his part for the vital part taxi drivers play in our public transport network.

“Taxi drivers provide the only door to door public transport service. They bring us to hospital; do school runs; get us home at night; provide transport in rural areas; transport the elderly and disabled; take us places where there are no bus routes; get us places in emergencies; work long and anti-social hours; support the economy of our towns and villages.

“The work available to taxi drivers has collapsed but they still have huge on-going costs: repayments on cars, insurance costs, maintaining cars, annual licence renewal and NCT tests, fuel, and more. Most have mortgage payments or rents to pay.

“The government has given billions in income subsidies to big business to keep people at work, but they have ignored the appeals of taxi drivers.

“If we really “Are all in it Together”, it’s about time the government show respect for Taxi-drivers and support them.”

People Before Profit today launched a Bill to increase the number of Bank Holidays in Ireland. The party is proposing that three extra bank holidays

Dangerous Threats On Nhs Workers Must Be Challenged