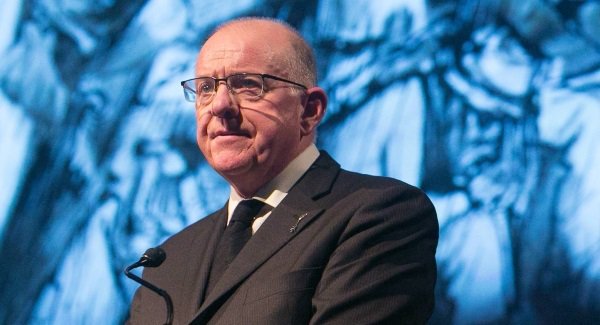 People Before Profit TD Richard Boyd Barrett has called on Minister Charlie Flannigan to cancel the deportation of Shepherd Machaya, a second year DCU student, who is facing being sent back to Zimbabwe. Mr. Machaya says that he faces imminent danger and potential death if he is forcibly returned to Zimbabwe.

Deputy Boyd Barrett was backing up calls made by the DCU students union in a letter to Minister Flannigan in which they ask for him to use executive powers to prevent this deportation from taking place.

Richard Boyd Barrett will be in attendance at the ‘Save Our Shepherd’ demonstration, which has been organised by the DCU students union, today at 12.30pm at the Department of Justice

“This deportation of Shepherd Machaya cannot be allowed to go ahead as he faces imminent danger if he is returned to Zimbabwe. I am calling on the Minister to heed the calls of the DCU Students Union and exercise his executive powers to prevent this deportation from happening.

“Shepherd left Zimbabwe because of the political situation in the country. He and his family were being forced to join a particular political party.

“He had been tortured because he didn’t want to join this political party and threats were being made against his life. The group tortured his father who died from the ordeal.

“Shepherd loves studying in DCU and regards Ireland as his second home.

“If he is forcibly returned to Zimbabwe he faces very grave danger because of the political situation in the country.

“He must be allowed to stay and we must say as a country that those who live here belong here.”