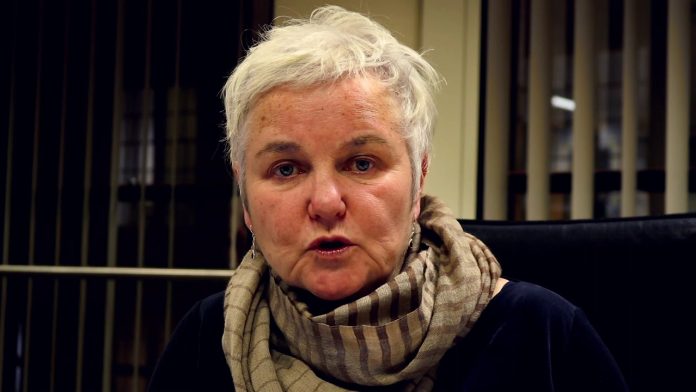 Bríd Smith TD of People Before Profit received an answer to a parliamentary question in respect of future plans for an LNG terminal in Cork harbour which raises some interesting political questions concerning government formation talks.

Bríd Smith TD asked: “Does Eamon Ryan and the Green Party know about the stated plans? If not, why weren’t they told by Minister Bruton? But crucially how strong a commitment on stopping the importation of fracked gas has been given in the Program for Government by Fine Geal and Fianna Fáil?”

“This raises serious questions for the climate movement and the ongoing government formation talks.”

To ask the Minister for Transport; Tourism and Sport the status of a memorandum of understanding signed between the Port of Cork and a company (details supplied) to develop Cork LNG specifically; if the memorandum is still operating; if his Department has had communication from the Port of Cork on this issue; and if he will make a statement on the matter. (Details Supplied) Details supplied: US energy company NextDecade

At the outset, I wish to point out that this is a commercial operational matter for the Port of Cork Company.

I understand from the Port of Cork Company that they signed a Memorandum of Understanding  with NextDecade  in 2017 to attract new LNG business into Ireland from the USA. Next Decade is a Liquefied Natural Gas (LNG) development company which is focused on LNG export projects.

Next Decade propose to import LNG through a FSRU (Floating Storage and Regasification Unit) which acts as a floating storage LNG terminal which will be moored permanently in the harbour. A new FRSU will most likely be commissioned and built for this purpose.

Next Decade and the POCC have had preliminary meetings with the relevant Departments and stakeholders. They have met with the Department of Communications, Climate Action and Environment (DCCAE) and Gas Networks Ireland (GNI).  DCCAE and GNI indicated they are supportive of the project which will feed gas into the national pipeline located beside the proposed site of the new facility. This would give security of gas supply nationally into the long term and in the context of Brexit.

A feasibility study is currently being undertaken by Next Decade on where the vessel should be moored and environmental and regulatory matters are being examined. The site chosen will most likely be near the Whitegate refinery, with Bord Gais and the ESB facilities already located in the port. The development will be subject to all the normal planning requirements and compliance with all necessary consents. The proposed project falls under the remit of the Department of Communications, Climate Action and Environment.

I understand that the project has not progressed at the pace the Port of Cork Company originally envisaged. One of the factors for the delay is the worldwide economic climate and in particular the drop in oil prices internationally. The Port of Cork Company advise that the project remains at a very preliminary stage and the Memorandum of Understanding expires at the end of this year.