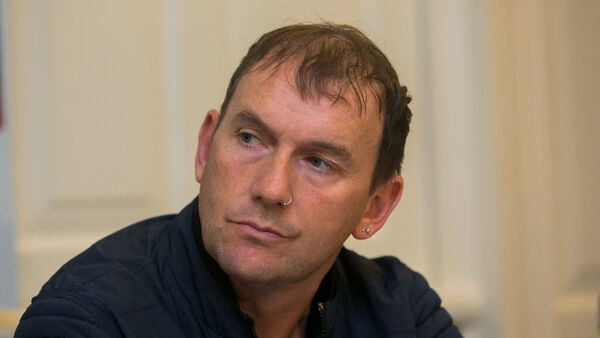 People Before Profit TD Gino Kenny has called on the government to give pay parity to Section 56 workers with similar grades in the care sector who have received pay restoration.

The TD was responding to a reply to a Parliamentary Question (see notes), which he tabled, asking if the Minister for Minister for Children; Equality; Disability; Integration and Youth on his plans for pay restoration for Section 56 and Section 59 workers.

The response from the Minister, according to Deputy Kenny, was inadequate, and he further called on the Minister for Children and the Minister for Public Expenditure and Reform to allow for pay parity for these workers which other grades who have received some form of pay restoration, such as Section 39 workers.

He said: “I am calling on the Minister for Children and the Minister for Public Expenditure and Reform to immediately deliver pay restoration for Section 56 workers a has been done with Section 39 workers. These workers are frontline workers who deserve pay parity with their colleagues. These are workers providing a valuable service in community and voluntary organisations and are entitled to the same pay justice. I’m calling on the relevant minister to address this anomaly.”

To ask the Minister for Children; Equality; Disability; Integration and Youth his plans for the restoration of pay for section 56 and section 59 organisations in line with the Workplace Relations Commission brokered agreements for pay restoration for section 39 workers; his views on whether due to the fact that section 56 and 59 workers fall under a different Departmental funding stream they should not be excluded from the pay restoration awarded to section 39 workers; and if he will make a statement on the matter.

Under section 56 of the Child and Family Agency Act 2013, Tusla may enter arrangements with organisations to provide child and family services or services associated with the care and protection of victims of DSGBV. Section 59 of the Act provides for similar arrangements through a grant or contribution in kind to non-profit organisations for services supplemental to those provided by the Agency.

Such services are commissioned under a formal service level agreement and assist Tusla to fulfil its statutory responsibilities and deliver on the Agency’s strategic objectives.

Each organisation funded under these arrangements operate independently of Tusla. Each is responsible for the recruitment of employees and the terms and conditions under which individuals are employed. Section 56(14) of the Act of 2013 stipulates that ‘an arrangement under this section shall not give rise to an employment relationship between a service provider, its employees or agents on the one hand and the Agency on the other’.

Prior to the establishment of Tusla in 2014 some of the organisations now funded under section 56 were funded by the HSE under section 39 of the Health Act 2004. In October 2018 the Workplace Relations Commission (WRC) reached agreement between the Department of Health and HSE and trade unions representing staff in certain section 39 organisations. Pay restoration in relation to organisations funded through section 39 was applied to organisations who met certain specific criteria. The criteria related to the organisations rather than types of individual workers that are employed in them. The criteria included only organisations who received in excess of an agreed, specified amount from the HSE by way of the Service Level Agreement process. Pay restoration was limited and solely applicable to those organisations included in the initial WRC agreement. This process has reached a final resolution and there is no scope to revisit eligibility criteria.

I am committed to working with colleagues in Government, Tusla and other service delivery partners to address the sustainability of voluntary organisations and ensure that we meet the needs of children, young people and their families across Ireland. I greatly appreciate the tremendous contribution made by the Community and Voluntary sector in supporting Tusla to deliver on its challenging mandate.

Free antigen testing, ventilation measures and faster distribution of booster shots needed to bring cases under control  At a media conference on the Dáil plinth

“Misplaced Optimism Is As Dangerous As Climate Denial,” Says Td

At the November meeting of Carlow Council members were asked to approve sending a delegation from Carlow Council, consisting of the cathaoirleach, Cllr Fintin Phelan, to Algeciras