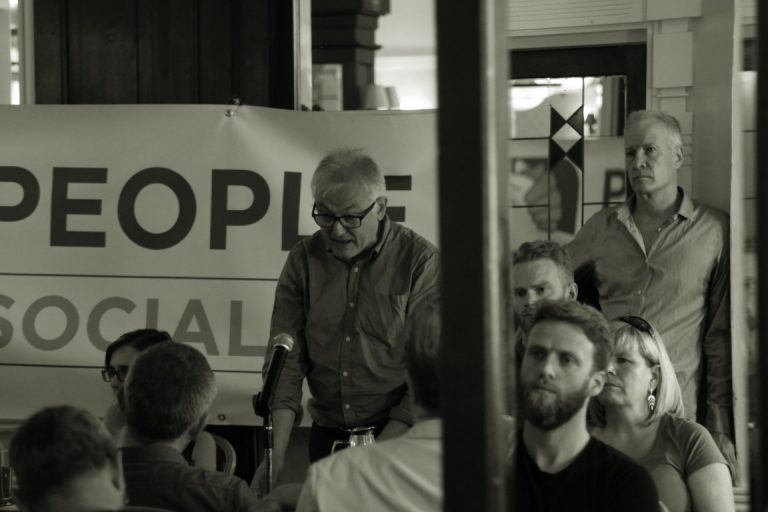 Nearly three hundred delegates attended the People Before Profit Ard Fheis which was held over zoom. The size of the conference reflected the spurt of growth that has occurred over the past year.

The conference opened with an announcement that Paul Murphy TD and the members of RISE were officially joining People Before Profit from March 1st. It followed a year of intensive discussions and  both organisations voted overwhelmingly to unite. Speaking as People Before Profit chairperson, Melisa Halpin said that the move gave lie to the notion that the left continually splits.

In his report to the conference, the national secretary, Kieran Allen, said that new branches of the party had been formed in East Belfast, Tyrone, Limerick, Meath, Westmeath, Dublin Ringsend and other areas. He outlined key tasks that faced the party in the coming year. It needed to project itself as the voice for workers in struggle. It had to prepare for a border pol by carving out a distinct left wing space that offered an alternative united Ireland. It had to help build mass support for organisations like Le Cheile and United Against Racism to combat the far right. As an eco-socialist party, it had to  give a real content to the slogan ‘System change not Climate change’.

The main debate at the conference concerned the question of a left government. Brian O Boyle from the Steering Committee argued that Sinn Fein was moving to the centre ground and that its leadership would probably prefer to enter coalition with a shrunken Fianna Fail. However, many workers wanted  a genuine left government and People Before Profit had to spell out what such that would look like. It would, for example, raise the minimum wage to €15 an hour; it would  reduce the pension age to 65; it should throw US troops out of Shannon; nationalise the banks and private hospitals and separate church and state.

He said the party should go into the next election on this programme and should the electoral figures work out, be willing to enter discussions with Sinn Fein and others to form a genuine left government backed up by people power. The outcome of these negotiations would determine its options. Against this, the Dublin 8 and Mayo branches argued that the party should rule out entry to government in advance.

The conference voted overwhelmingly to back the steering committee’s position.

Richard Boyd Barrett TD moved a resolution for People Before Profit calling for more extensive rights for trade unions. The resolution also condemned social partnership because it brought the unions too close to government and employers. Another resolution called on the party to make itself ‘the indisputable workers party in Ireland, both by making the demands of workers central to everything we do, and by making the recruitment of workers and trade unionists a central priority’.

A resolution from the Colin branch of People Before Profit in West Belfast, suggested that whilst we support every effort to implement a zero-covid strategy, the party should avoid giving the state an open license to repress protests over progressive causes. It called on the left not to abandon street protests but that where these took place, they should be organized under the ethos of social distance.

A resolution from the newly formed East Belfast branches called on the party to stand in James Connolly’s tradition of workers unity and anti-sectarianism. It rejected the equivalence drawn between loyalism and the Protestant working class by the media and nationalism. It pledged to work to rebuild the culture of working-class radicalism inside the protestant community that currently finds no expression in any of the unionist or loyalist parties. ‘The interests of Protestant workers lie in a socialist future, not with the unionist past.’

In an important session on internal organization, the conference voted to create branch teams to strengthen its influence in local areas. It called for greater emphasis on internal caucuses to allow members to work together on policy and strategy.  Some branches called for the establishment of a rural caucus and this was overwhelmingly agreed.

The conference was faced with over fifty resolutions for debate which reflect its open and democratic character. Because of the constraints of time, many could not be reached but this will go forward to the party’s national council in three months.

Pay Back Time For Workers

Nurses in Northern Ireland have been offered a derisory 1% pay by the Tory government in Westminster. This is an insult to our front line

We Need A State-Owned Bank

The announcement that KBC bank is pulling out Ireland follows that of Ulster Bank. It means the loss of thousands of jobs and destroys the